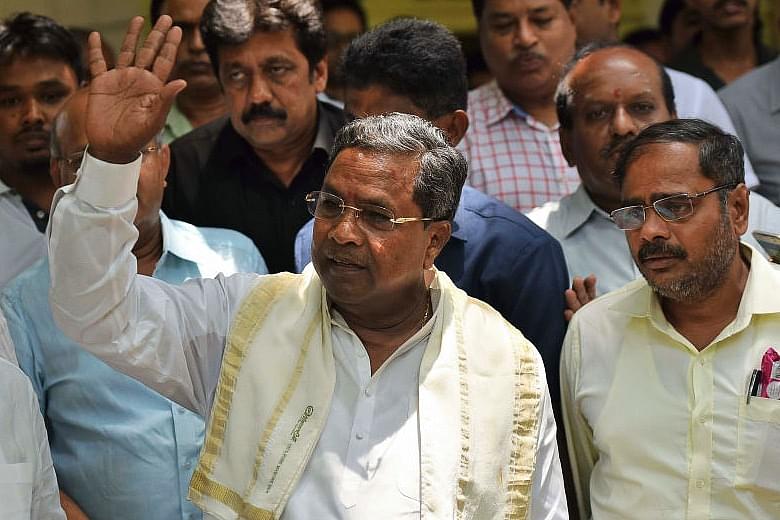 Siddaramaiah after a press conference in Bengaluru. (Photo by Arijit Sen/Hindustan Times via Getty Images)

Following a discussion with the newly appointed Congress Working Committee (CWC) body, former Chief Minister Siddaramaiah has made it clear that he is least interested in contesting the Lok Sabha elections of 2019. All India Congress Committee (AICC) General Secretary K C Venugopal has reportedly been pushing Siddaramaiah for taking up a ticket for Lok Sabha to improve the tally of the existing seats.

The Congress in Karnataka secured 9 out of 28 seats in the previously held 2014 elections but managed to secure three seats more than their previous track record in 2009. It is said that Chief Minister H D Kumaraswamy on 30 August in a meeting held with AICC President Rahul Gandhi has allegedly demanded that Siddaramaiah contest the Lok Sabha, so that his intervention over the coalition is minimised.

The party has expressed its plans that they are looking at the Mysuru-Kodagu or Koppala constituency where there is a higher concentration of the Kuruba voters. Due to the Modi wave, a stalwart like H Vishwanath lost the polls to a first-time contestant Prathap Simha. The party seeks to regain its lost seats, and having someone with a mass-appeal like Siddaramaiah is supposed to change the fortunes of the party in Karnataka, and improve its tally further from where it stands today.