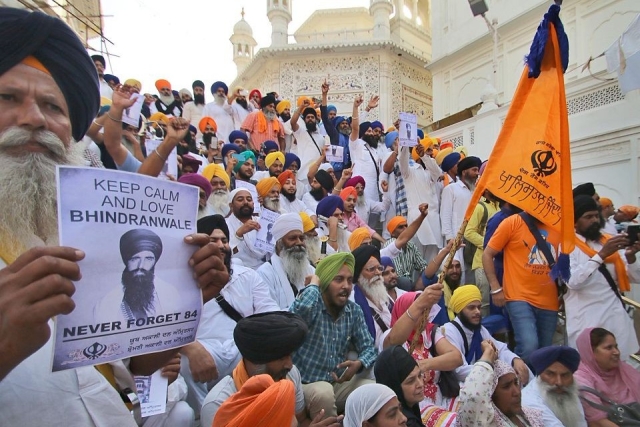 The Home Ministry today informed a parliamentary panel that Sikh youths are being trained in Pakistan by the Pakistani intelligence agency, ISI, to carry out attacks in India, as reported by the Times of India.

ISI has been trying to revive Sikh militancy in Punjab in its malicious agenda of destabilising India and is using social media and other means on the internet to radicalise the youth from the community.

Top Home Ministry officials, headed by the Union Home Secretary, have voiced their concerns over the Sikh youths residing in Europe, Canada and other countries being remotely radicalised by the ISI.

The ministry also said that the the terror organisations are now using much more sophisticated means to avoid detection by the intelligence agencies and to target the youth, especially Sikhs who’re a renewed target for the organisations.

"Sikh youth are being trained at ISI facilities in Pakistan. Interdictions and interrogations have revealed use of jailed cadres, unemployed youth, criminals and smugglers by Pakistan-based Sikh terror groups for facilitating terror attacks," the ministry report read.

After having been dormant for more than 25 years, Sikh militancy has recently seen an upswing with stray incidents of violence being reported from around the world. The militants are again been cultivated by the ISI which is manifesting in the form of social media propaganda.

Pakistan has had a history of funding and supporting anti-India terrorist organisations and the Pakistan-based Sikh terrorist groups are now reportedly under pressure from ISI to carry out attacks around the country.