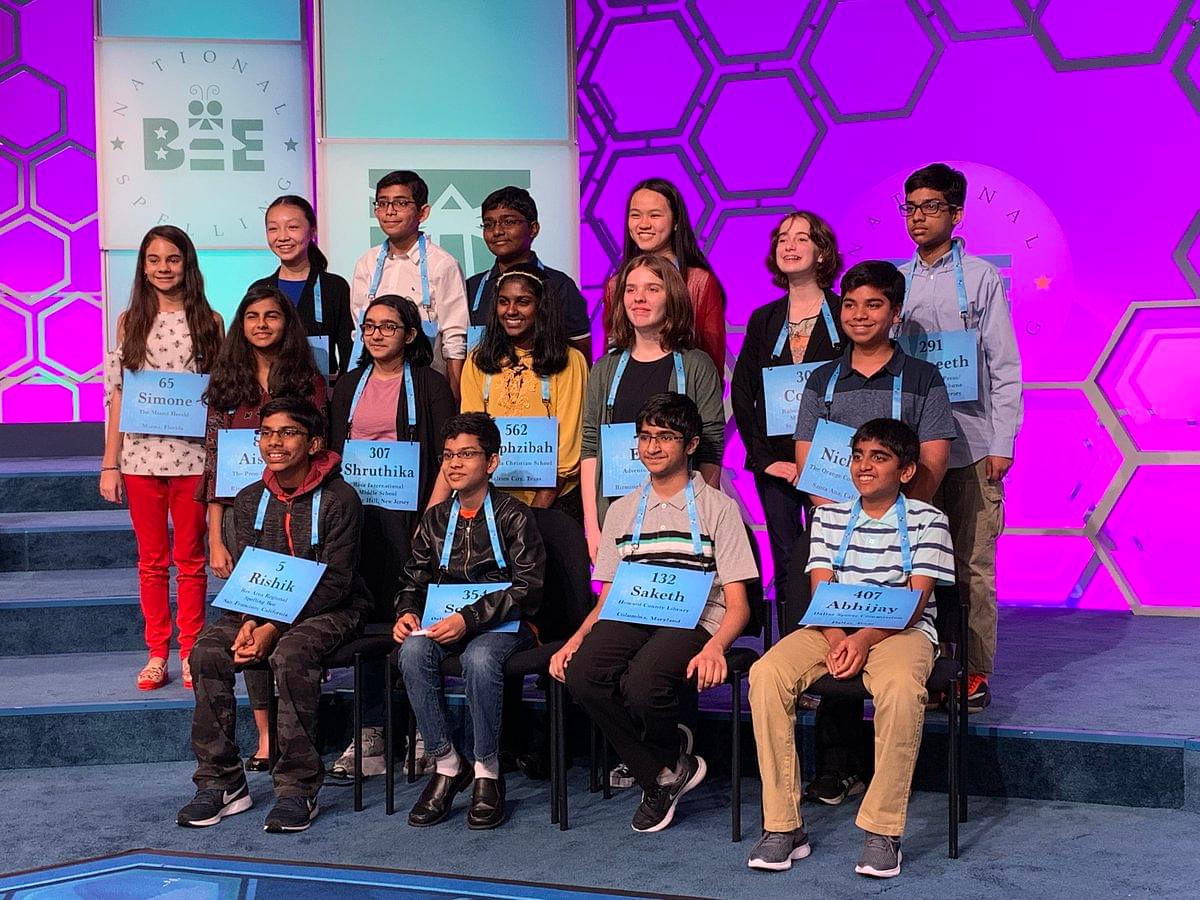 The contestants were not just from the USA but also other countries which are Canada, Bahamas, Ghana, Jamaica, Japan, Germany and South Korea. (image via @ScrippsBee/Twitter)

The 92nd Scripps National Spelling Bee competition saw history made when all the eight finalists were judged champions. The championship went into 20 rounds before being stopped and has seen a total of 47 words being spelt correctly.

The competition which ended after 20 rounds and an hour and a half past the scheduled time saw a total of 562 spellers where all are 15 years old or younger. The contestants were not just from the USA but also other countries which are Canada, Bahamas, Ghana, Jamaica, Japan, Germany and South Korea.

Speaking about this historic feat made at the competition, Dr Jacques Bailly, Official pronouncer, said “We have plenty of words left on our list but will soon run out of words that would challenge you.” he continued adding that “the most phenomenal assemblage of super-spellers in the competition's history.”