Slamming Kejriwal For Sorry State Of Yamuna In Delhi, HM Amit Shah Challenges Him To Take A Dip In The River 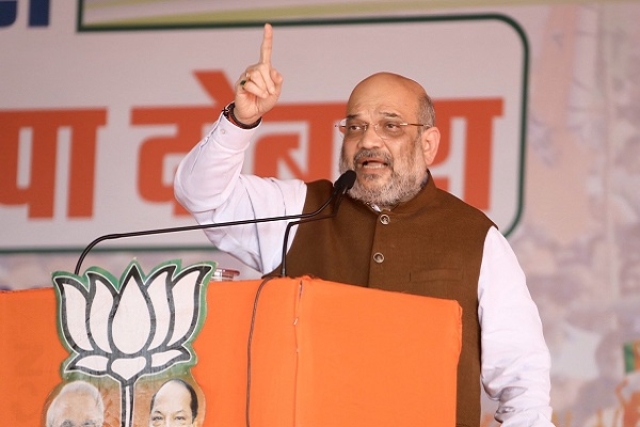 Slamming Delhi’s Chief Minister (CM) and Aam Aadmi Party chief Arvind Kejriwal for the poor state of the Yamuna river, Union Home Minister Amit Shah on Friday (31 January) challenged him to take a dip in the Yamuna if he really believed that the river which flows through Delhi was clean, reports Asian News International (ANI).

Launching a blistering attack on CM Kejriwal at a rally in Delhi, Shah asserted that he should go to Prayagraj in Uttar Pradesh and take a dip in the holy river Ganga to know how rivers are maintained clean. He also lauded UP CM Yogi Adityanath and Prime Minister (PM) Narendra Modi for the efforts made to make Ganga cleaner.

Shah also alleged that the Delhi Jal Board, which was running at a profit of Rs 178 crore per annum before CM Kejriwal came to power, is currently incurring massive yearly losses to the tune of Rs 800 crore.

Shah also slammed Kejriwal for stating before the previous elections that he would not take any government bungalow or car, but was availing the facilities after becoming the CM.

Delhi Assembly elections are set to take place on 8 February, post which the casted votes would be counted on 11 February.