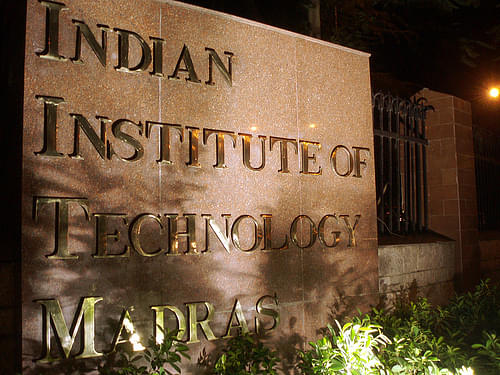 A rendering of Maha Ganapathim, a invocation of Lord Ganesh, by students of Indian Institute of Technology – Madras (IIT-M) has kicked up a controversy with some political parties like the Marumalarchi Dravida Munnetra Kazhagam (MDMK) and the Pattali Makkal Katchi (PMK) questioning the rendition.

On Monday (26 February), Union Minister for Transport, Port and Highways Nitin Gadkari took part in a function at IIT-M to lay the foundation stone for the National Technology Centre for Ports, Waterways and Coasts in the institute. The function started with the rendition of Maha Ganapathim, while the National Anthem was sung when the event ended.

At functions in Tamil Nadu, particularly where the State Government ministers and officials take part, the Tamil anthem, penned by Manonmaniam Sundaranar Pillai, is sung.

Vaiko told a press conference that “Tamil pride is hurt by the non-rendition of the Tamil anthem and a prayer song being sung. This is nothing but imposition of Hindi through Sanskrit.”

IIT-M Director Bhaskar Ramamoorthy said the invocation of Lord Ganesha was made as per students’ wishes. “Students from various States are studying in our institute and they have chosen a song that they are familiar with. The institute never insists that they should sing a particular song,” he told the media. Students sing in Hindi and Marathi, too, he said, adding that in future, the students will sing Tamil anthem.

Bharatiya Janata Party Rajya Sabha member Subramanian Swamy told a television channel that IIT-M was a central institute and it is the students’ prerogative to sing any song of their choice.

The Communist Party of India (Marxist) Tamil Nadu Secretary K Balakrishnan charged that it was another form of 'imposing' Hindi.