Spend A Month In Pakistan To Understand Atrocities On Hindus There: UP BJP Advises Akhilesh Yadav On Opposing CAA 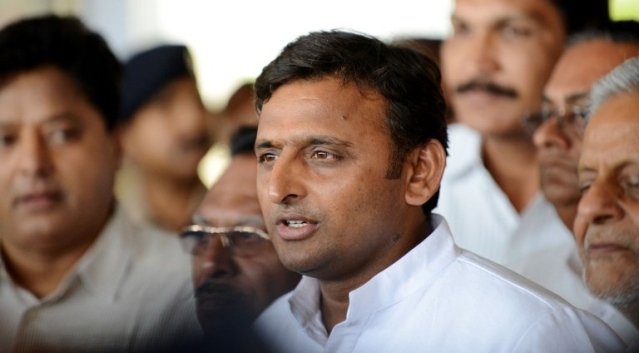 The Bharatiya Janata Party (BJP) has hit back at Samajwadi Party (SP) President Akhilesh Yadav's criticism of the Citizenship (Amendment) Act (CAA), saying that he should spend a month in Pakistan to understand the atrocities being faced by the Hindu minorities there.

"Akhilesh should stay in Pakistan for a month and pray in Hindu temples. Only then he will get first-hand experience of the atrocities committed against the Hindus," Uttar Pradesh BJP president Swatantra Dev Singh told reporters in Mathura on Wednesday (2 January).

While replying to a question on Yadav's refusal to fill up a form for the National Population Register (NPR), Singh said, "There is nothing wrong with the NPR. It only asks for everyday documents such as the Aadhaar card and driving licence, even confirmation by three neighbours, to establish that the person is a resident of the area. But, some political parties are making an issue of it."

He added that the CAA would not affect the country's poor, and accused Congress general secretary Priyanka Gandhi Vadra of "misleading" the people.

"Priyanka visited victims of violence in Uttar Pradesh with the sole purpose of creating a ruckus. The CAA was amended with the people's best interests in mind."

Singh reiterated that the law was not aimed at discriminating against any community.

He also asked the anti-CAA protesters, including students of the Jawaharlal Nehru University and Jamia Millia Islamia, to read up on the law before condemning the Central government.