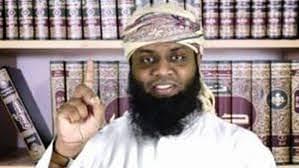 President Maithripala Sirisena, exercising the powers vested in him under the emergency regulations no 1 of 2019, has announced the ban of National Thawheed Jammath (NTJ) and Jamathei Millathu Ibraheem (JMI) in Sri Lanka.

In a statement, the President's Media Division (PMD) said steps would be taken to freeze the assets of these two organisations and also to ban other extremist outfits in Sri Lanka.

“All movable and immovable property of these two organisations will be confiscated,” the statement said.

According to Sri Lankan police, NTJ members are involved in the deadliest attacks in the South Asian island nation since the end of its civil war a decade ago. In a coordinated bombings on Easter Sunday, over 250 people have been killed.

NTJ is strongly influenced by Wahhabism - the official religious doctrine in Saudi Arabia that calls for a strict and literal reading of the Quran and the Sunnah, the teachings of the Muhammad.

One of the prominent leaders of NTJ leader Zahran Hashim, the Tamil speaking cleric who is the mastermind behind the attacks, was killed inside the Shangri La hotel were he detonated himself.

NTJ is believed to have close ties with the global Islamic terror group ISIS.