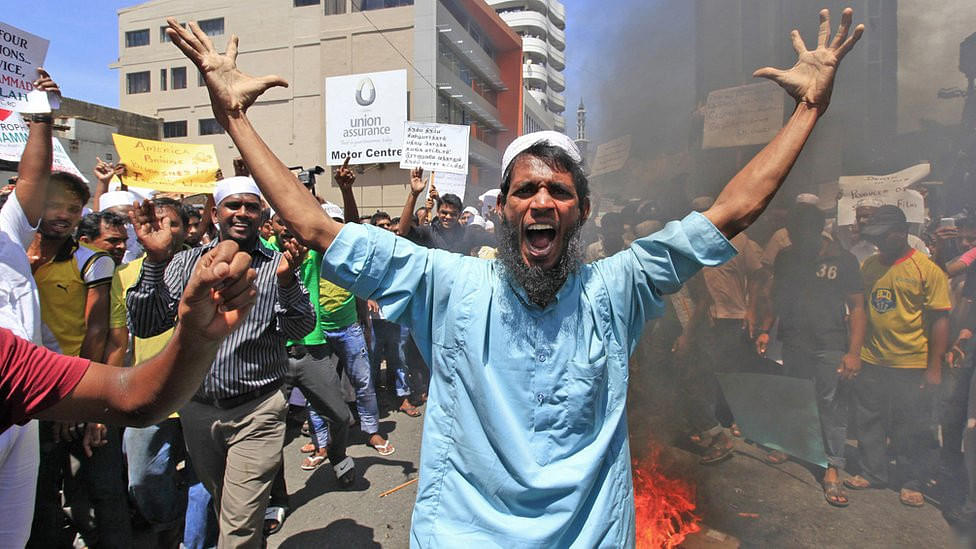 An effigy of former US President Barack Obama burnt by Muslims in Colombo.

Following deadly clashes between majority Sinhalese Buddhists and minority Muslims in its central Kandy district, Sri Lanka has imposed a nation-wide state of emergency for 10 days to rein in the spread of communal violence.

The current crisis was sparked by the death of a Sinhalese youth who had allegedly been assaulted by a Muslim mob. Following this, a mob set fire to a Muslim-owned shop. Sri Lankan government has sent troops and elite police to the district and imposed a curfew there to prevent clashes from spreading.

Buddhist groups have accused Muslims of forcing people from their community to convert to Islam and vandalizing archaeological sites. Presence of a large number of Rohingyas in Sri Lanka is also a cause of anger among the Buddhists.

While Muslims account for 10 percent of the 21 million population of the island nation, Buddhists Sinhalese make up three-quarters (75 percent) of the population.