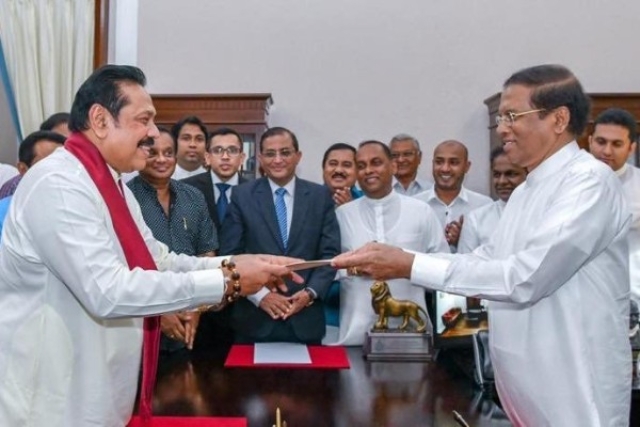 The swearing-in ceremony was conducted in a rather hurried manner. The legality carries a big question mark as a 2015 constitutional amendment removes the president of his/her power to sack the prime minister. After several disagreements between Wickremesinghe and Sirisena, the political developments have taken place. The clash is expected to have occurred over the decision to lease a container terminal to India.

Rajapaksa, who ruled for 10 years in Sri Lanka, was defeated with the help of Wickremesinghe. The latter has said that the appointment of Rajapaksa is “illegal and unconstitutional” and in a television conversation with a news channel, said that he will continue to remain the Prime Minister, The New Indian Express reported.

Rajapaksa and Sirisena together hold only 95 seats, nowhere close to the majority mark where as Wickremesinghe has 106 seats, which is just seven seats short of the majority. Rajapksa’s track-record remains abysmal as he ended the Tamil Tiger struggle in 2009 that killed more than 40,000 ethnic Tamils in a military assault. Corruption charges cast a shadow over his credibility and political murders have been often witnessed.