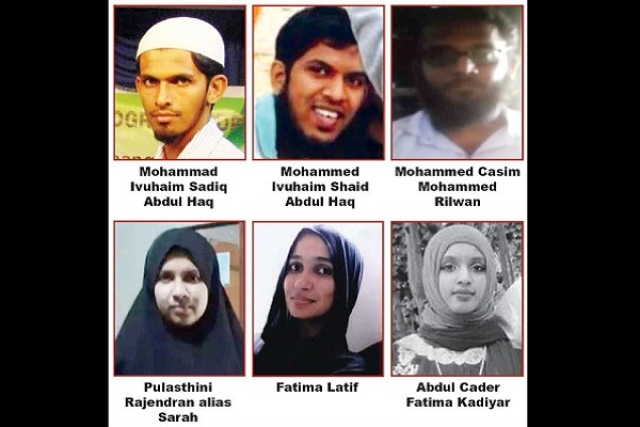 CID Police in Sri Lanka today released pictures of those suspected of involvement in the Easter suicide bombings that killed over 350 people, Srilankan Mirror reported.

Police made the appeal over Sri Lankan media seeking public assistance to trace them. The public was requested to provide any credible information regarding the suspects to the Criminal Investigations Department (CID).

All appeared to be in their 20s.

Police did not provide details on how the four may have been involved in the dastardly attack. However, police and soldiers tightened security across Colombo and elsewhere Thursday as fears of another attack continued.

Hiru News quoted a senior CID officer as stating that Abdul Cader Fathima Qadiya was the wife of Thowheet Jamath leader Zahran Hashim. Zahran Hashim is believed to be one of the two suspects who triggered suicide bombs at Shangri-La hotel.

Pulasthini Rajendran aka Sarah is believed to be the wife of the suspect who launched the suicide attack on Katuwapitiya St Sebastian church.