‘Stand-Up Comedian’ Who Campaigned Against Infra Development In India, Slammed For Enjoying It Abroad 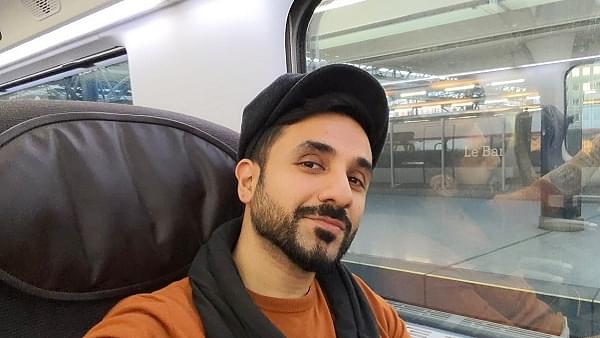 Stand-up Comedian Vir Das was slammed on Twitter after he heavily praised the Eurostar high-speed rail while travelling from Brussels to London.

Taking the Eurostar from Brussels to London. No Heathrow lines, no baggage claim delays, no 90 minute cab ride from Heathrow. Easy passport control. Centre of London in 2hrs, business class cheaper and yet bigger than most airline seats.

This worked out ð pic.twitter.com/YuBdjwkO3A

It may be recalled that Das had recently opposed the Aarey metro car shed construction in Mumbai which is indispensable to the completion of Mumbai Metro 3 line.

Wow. I thought all govt branches had pretty strict daytime hours. Unless they're cutting tree branches, that happens sneakily at night. #AareyForest

This led many to question Das’ love for world class infra while travelling abroad, while at the same time campaigning for what may potentially deprive millions of Indians of the same.

When this nincompoop comes back, he will in all likelihood oppose the bullet train, diss the metro to save Aarey tree patch, crack an unfunny joke on Prime Minister and lastly cry victim of trolling by an anon sanghi troll allegedly from BJP IT Cell. Yaaawn! https://t.co/r52Nc9ruYG

Did you ask how many trees they felled for this??? How much earth/sand was shifted...

1. No activists shouted about cutting trees in London.
2. Successive governments didn't try to stop the previous one's work to score political points.
3. Nobody wrote op-eds on "How can we ride a Eurostar when there are so many problems here?".

Yeah, it worked out. https://t.co/iWOBqd6Qio

But mumbai metro is a threat to environment. Isn't it ?? People in india still dont get it. ð¤¦ââï¸ð¤¦ââï¸ https://t.co/JOZibSuYQC

Incidentally, Das is not new to social media controversies. In the past he was heavily panned on Twitter for first attacking the Narendra Modi led government without much substance and then dismissing netizens as “trolls” after they tried to educate him.