Stung By Allegations Of Corruption, TTD Issues Notices To Ex-Priest and YSRCP MP 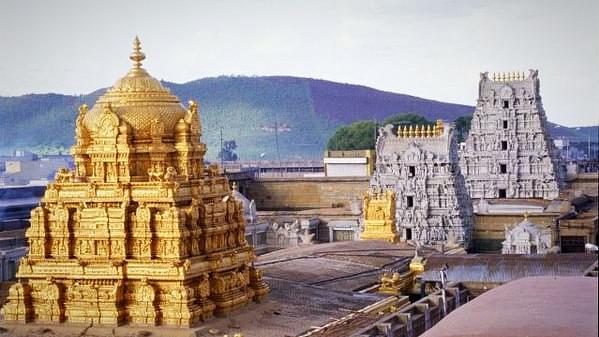 Angered by allegations of corruption, Tirupati Tirumala Devasthanam (TTD), which is in charge of the Lord Venkateshwara temple’s affairs, has issued legal notices to its former head priest Ramana Deekshitulu and YSR Congress MP from Rajya Sabha, Vijaya Sai Reddy. Quoting reports in an article, The News Minute says the notice has asked the duo for an explanation on the matter on the grounds that their allegations have maligned the temple and its administration, as well as hurt the sentiments of devotees.

While Deekshitulu is yet to respond to the notice, Sai Reddy claims he has not yet received it.

Reddy said that in the circumstances, no notice could be issued to him as there is a separate chapter to deal with allegations of corruption levelled against the temple administration. He said he had been on the TTD board of governors for four years, and knew the procedures well.

Reddy said that on the contrary, Chandrababu Naidu, the chief minister of Andhra Pradesh, was the accused in the matter, and it is up to him to respond as the issue relates to disappearance of temple jewellery and misuse of funds. “We at best can only be treated as witnesses in the case,” he said.

In May this year, Deekshithulu was sacked by the temple management on the grounds that he was ineligible for service as he had exceeded the retirement age. But the action came close on the heels of the priest alleging massive financial irregularities against the temple board as well as the government of the day.