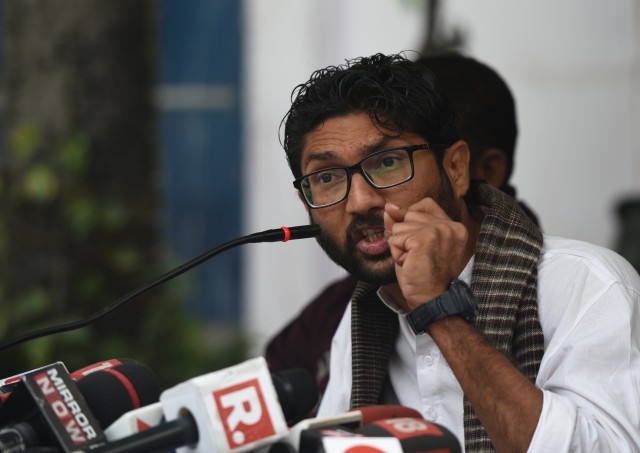 Self-styled activist and MLA from Gujarat, Jignesh Mewani said that he is baffled by the outcome of 2019 general election as Hindutva prevailed over other issues, enticing even his core voter base, Dalits, who supported BJP, reports Indian Express.

“I can’t understand. Dalits had no reason to vote for BJP this time. They didn’t get jobs, there is a terrible agrarian crisis, the price hike is also doing rounds. BJP’s victory is baffling,” said Mewani on the sidelines of the result.

Mewani admitted that he had read the pulse of the people wrong, saying while he believed that these issues would “create a lot of trouble for Modi”, but “the culture of Hindutva has prevailed”. Mewani said that it was “collective insanity,” that made re-election of PM Modi possible.

Shocked by the people’s verdict in Begusarai, regarding Kanhaiya’s defeat, Mewani said, “I can’t understand how come that happened. He was the one in whose favour there was a clear wave,” said Mevani. “And people were mad after him…His defeat is very unfortunate.”

“People like Sadhvi Pragya Singh won while promising youth like Kanhiya are losing. This is a sorry state of affairs for the nation,” he said.

Mewani clarified that his focus will be in three directions, his constituency, Vadgam; Dalit-Muslim unity; and a nationwide campaign on public health, education and unemployment.