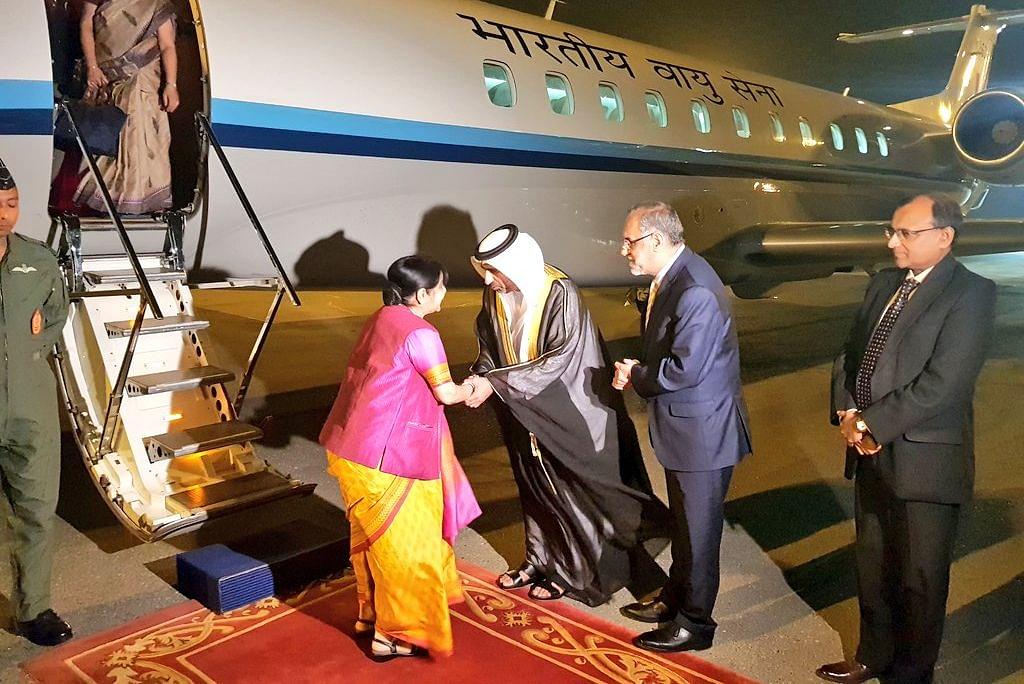 External Affairs Minister Sushma Swaraj on Friday (1 March) reached Abu Dhabi to attend a ministerial meeting of the Organisation of Islamic Cooperation (OIC) as a Guest of Honour.

India has been invited to the meeting of the 57-member organisation by the Foreign Minister of United Arab Emirates Sheikh Abdullah bin Zayed Al Nahyan.

EAM @SushmaSwaraj arrives in #AbuDhabi for the Ministerial Meeting of @OIC_OCI. India has been invited by HH Sheikh Abdullah bin Zayed Al Nahyan, Foreign Minister of UAE as the 'Guest of Honour'. pic.twitter.com/wzQbVOGczN

The External Affairs Minister will address the gathering of the two-day-long forty sixth session of the Council of Foreign Ministers of the OIC.

Swaraj, who is attending the event despite objections from Pakistan, is expected to emphasize on the long and historical relationship that India has with the member countries of the organisation, ANI has reported citing sources.

According to the report, the Pakistani Foreign Minister Shah Mehmood Qureshi
has earlier threatened to boycott the event if Swaraj participated in the event.