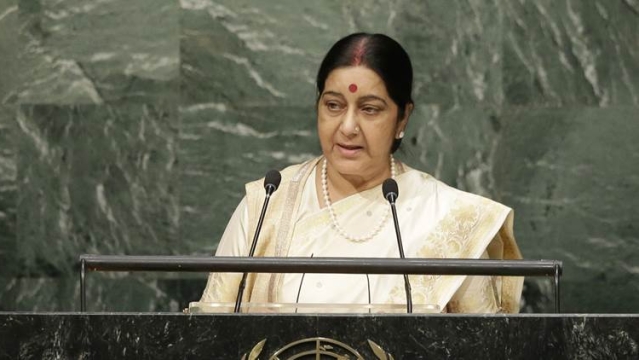 Sushma Swaraj at the UN

External Affairs Minister Sushma Swaraj has sought details from the Indian envoy in Pakistan into the reported abduction of two Hindu teenaged girls and their forcible conversion to Islam on the eve of Holi in Sindh province.

In a tweet, Swaraj, while tagging a media report about the incident, said she has asked the Indian High Commissioner in Pakistan to send a report on the matter.

I have asked Indian High Commissioner in Pakistan to send a report on this. @IndiainPakistan
Two Hindu girls abducted on Holi eve in Pakistan's Sindh https://t.co/r4bTBSoy9d via @TOIWorld

The local Hindu population of the district took to the streets and blocked the local highway protesting the abduction.

Hindu community leader Mukhi Shiv Menghwar said that “it was not free will and the girls were in fact kidnapped and forcibly converted”.

India has been raising the issue of plight of minorities, particularly the Hindu community in Pakistan.