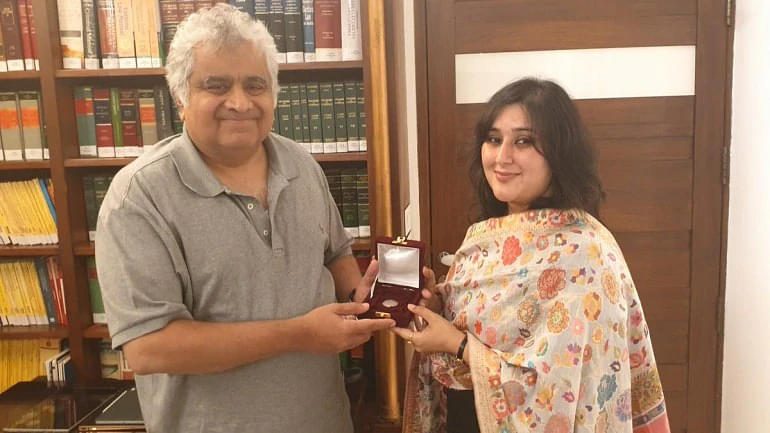 The daughter of former union minister for external affairs, Sushma Swaraj who passed away last month, Bansuri Swaraj called on senior lawyer Harish Salve yesterday (28 September) and presented to him the token fee of Re 1 which he had asked for to represent India at the International Court of Justice (ICJ) in the Kulbhushan Jadhav case, reports The Indian Express.

The gesture came into public knowledge after the husband of Swaraj tweeted, "Bansuri has fulfilled your last wish. She called on Mr.Harish Salve and presented the One Rupee coin that you left as fees for Kulbhushan Jadhav’s case."

It should be noted that the late former minister on 6 August had called Salve minutes before passing away that he should meet her and receive his fees of Re 1 for the case. Salve had revealed post Swaraj's demise that he had been called by her to meet the next day at 6 o'clock. Salve had explained his conversation with Swaraj as 'very emotional'.

Swaraj is survived by her daughter Bansuri, and her husband Swaraj Kaushal who is a senior advocate and a former Governor of Mizoram. Kaushal has also been a Member of Parliament in the Upper house from 1998-2004.