Swara Bhasker Campaigned For Four Lok Sabha Candidates; All Are Set To Lose 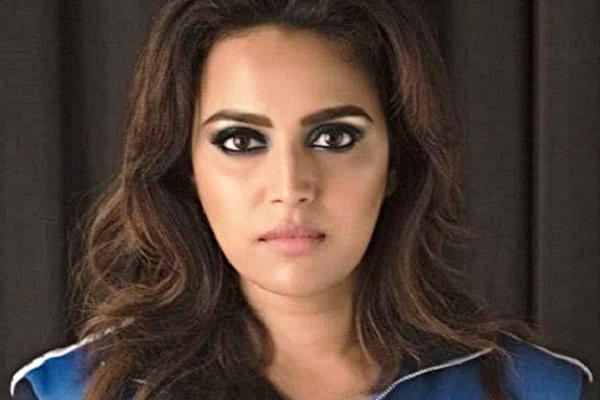 Actress Swaraj Bhasker who is a vocal critic of Prime Minister Narendra Modi and BJP had deicided to foray into electoral campaigning this Lok Sabha season.

This venture though was not too successful as Bhasker chiefly campaigned for four candidates and all of them are set to lose.

Bhasker had gone all the way to Begusarai to campaign for Kanhaiya Kumar and also coined the slogan “Jai Hind! Jai Bheem! Lal salaam!” during a speech. Kanhaiya Kumar is losing to BJP’s Giriraj Singh by almost 2 lakh votes.

Bhasker had also campaigned for AAP leader Atishi Marlena and that too ended in failure she is currently placed third behind BJP’s Gautam Gambhir and Congress’ Arvinder Singh Lovely.

The actress had campaigned for senior Congress leader Digvijaya Singh in Bhopal but he is trailing to BJP’s Sadhvi Pragya by a margin of over 1 lakh.

She had also campaigned for CPM candidate Amra Ram who is contesting from Sikar in Rajasthan who has managed to poll just over 17,000 votes.