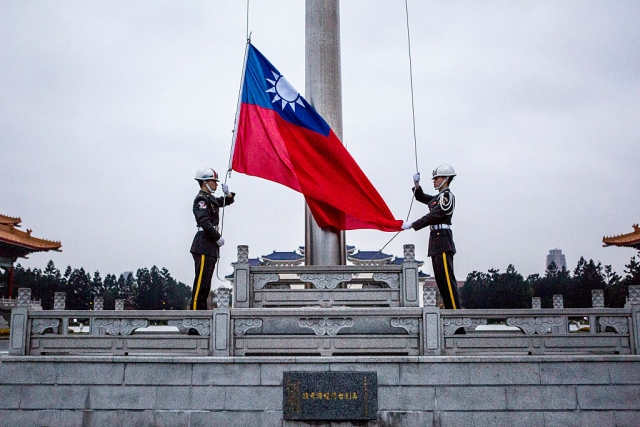 Taiwan has launched its "new southbound policy", which is looking at setting up large scale production bases in India, in tune with a surge in the New Delhi-Taipei engagement.

India and Taiwan, a global hi-tech heavyweight, are rediscovering each other after China threatened the two with war. India's tighter ideological bonds with fellow democracies and its sharper strategic focus on the Indo-Pacific region, following the Covid-19 pandemic, is adding fresh ballast to growing New Delhi-Taipei ties.

Resentment over China has been rising in India, not just because of a decades-long border conflict, but also because of China's aggressive expansion in South Asia, its bullying of other countries and its dissemination of Covid 19, Tien said on Friday in Taipei on the sidelines of a Taiwan-India Parliamentary Friendship Association event. "The wind is beginning to blow" in Indian society, he observed, pointing out that Taiwan's success in containing the pandemic and medical aid, in sharp contrast with China, has not gone unnoticed in India.

With ties with China souring following the border standoff in Ladakh, Indian elites are showing visible inclination to pivot towards Taiwan as a strategic source of hi-technology and investments.

India's new representative to Taiwan, Gourangalal Das, said at the event that Taiwan's unique position in global supply chains can be leveraged to serve India's aspiration to emerge as the next key global manufacturing hub, at a time when new supply chains following the pandemic are emerging.

With an eye on decoupling from China, trade ministers from India, Australia and Japan, last month, decided to study establishment of new supply chains that do not include China. Das highlighted that India's start-up ecosystem, focusing on software can fuse with Taiwan's strengths in hardware.

Analysts say that India and Taiwan can also partner each other in the development of new energy vehicles. On Friday, Taiwan's electronics giant Foxconn Technology and local carmaker Yulon Group were teaming up to supply components and services for 10 per cent of the world's electric cars between 2025-2027.

Taiwanese academics are also pointing to the possibility of a trilateral partnership in key areas, which also includes the United States. The warming ties between Taiwan, India and the US herald new opportunities for Taiwanese businesses, especially in the electronics industry, Taiwan Asean Studies Center director Kristy Hsu was quoted as saying at the event.

Separately, in an interview with India Today on October 15, Taiwan's foreign minister, Joseph Wu signalled Taiwan's readiness to look at the Indo-Pacific Quad initiative led by India, Australia, Japan and the United States. Taiwan has traditionally had good relationships with the US, Japan and Australia - which are involved in the dialogue - while ties with India are "getting better and better," he said.

"Therefore, we certainly hope that Taiwan can start thinking about how we can work with all these countries that are taking part in the Quad discussions".

Taiwan's leadership is taking to social media to reach out directly to Indian citizenry, signalling a well-timed soft-power push. On October 14, President Tsai Ing-wen took to Twitter to appreciate support of Indian netizens for backing Taiwan during tensions with China in the Taiwan strait.

"#Namaste to our friends from #India!" Tsai tweeted. "Your warm regards remind me of fond memories from time spent in your incredible country, your architectural marvels, vibrant culture & kind people are truly unforgettable."

She also shared her pictures that had been taken during her previous visit to the Taj Mahal. A day later she was in full flow in praise of Indian cuisine. " #Taiwan is lucky to be home to many Indian restaurants, & Taiwanese people love them. I always go for chana masala and naan, while #chai always takes me back to my travels in #India, and memories of a vibrant, diverse & colourful country. What are your favourite Indian dishes?" she tweeted.