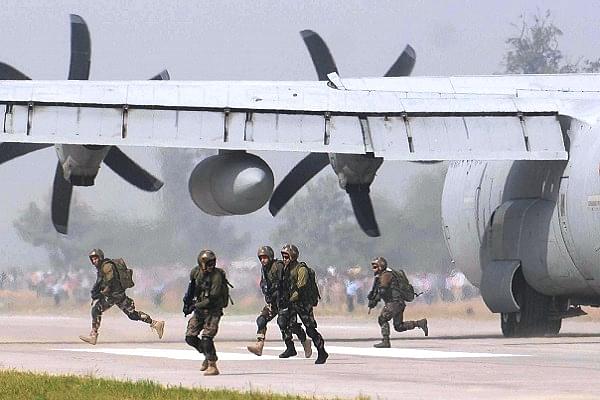 The government is mulling on a plan to set up a special unit, comprising of best soldiers from the three arms of the defence forces, for conducting precision strikes deep inside the enemy territory, NDTV has reported.

The special unit, similar to the “surgical strike” carried out on 26 September 2016 by the special forces across the line of control, will enter deep inside the enemy territory and inflict maximum damage in the least possible time.

“The government feels it needs a special group with enhanced capabilities, so a unit having the best from all the three (branches of the armed forces) is being created," the report quoted a senior government official as saying.

The unit, which will be in direct control of the army chief, will draw battle-hardened soldiers from all the three special forces of the air force (Garud), navy (Marcos) and army (Paras).

Planning and assault will be two groups in the unit, the official said. The government has chosen 96 members for the planning group, and 124 for the assault group. The assault group will be further divided into an attack and support subunits for ensuring seamless coordination.