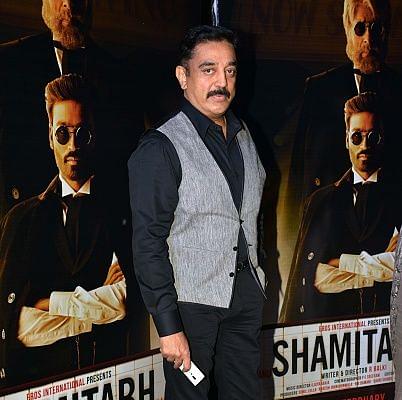 Tamil actor-turned-politician Kamal Haasan has said that he will give up his acting career to entirely devote his attention towards politics after his upcoming movie, which is a sequel to the 1996 blockbuster ‘Indian’ starring Kamal and directed by Shankar, reports Deccan Chronicle.

“Makkal Needhi Maiam (his political party) will field candidates in the 2019 Lok Sabha elections from Tamil Nadu. I’ll quit acting after the upcoming project ‘Indian 2’, the shooting of which is slated to start on 14 December,” said the 64-year old actor who is also a Padma Bhushan awardee.

However, he clarified that he would run his own production house to sponsor the various public-centred programmes run by him while inaugurating a programme initiated by the ‘Twenty-20’ and the Kizhakkambalam panchayat in Nijaralur, which involves the handing over of 37 houses to needy families.

“I feel greater happiness to come to functions like this where those in power walk the talk. However, without power, all your dreams will remain dreams. I want to emulate the programmes being implemented here back in Tamil Nadu,” said the actor.

On the other hand, his political party Makkal Needhi Maiam will field candidates in the 2019 Lok Sabha elections from Tamil Nadu.