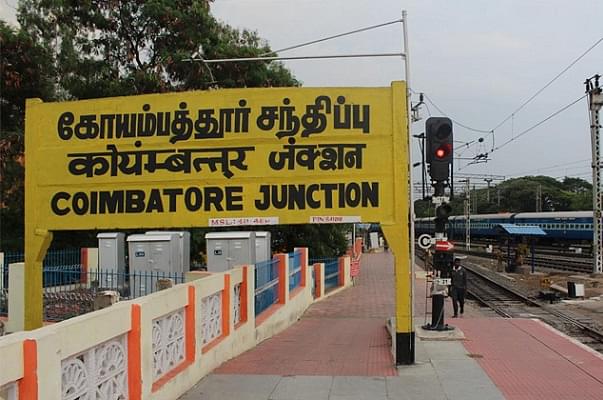 The Tamil Nadu government has decided to withdraw its controversial order of changing the spellings of English name for various places, said K. Pandiarajan, Minister for Tamil Official Language and Tamil Culture.

"We are working on alignment of views by experts on transliteration standards from Tamil to English. Hopefully, we should get this released in 2/3 days. The GO (government order) on the change of English names for Tamil names for places has been withdrawn. Will absorb all feedback & reissue shortly," Pandiarajan tweeted on Thursday.

He also said a transliteration protocol will be established first and based on that changes in the English names to a limited extent will be carried out.

Stalin said, "Should not the rulers have asked the experts at the first instance itself or do the rulers think themselves as experts?"

The Tamil Nadu government had looked up 1,018 names and through a recent government order revised the spellings for many of them, though some remain unchanged.

The spelling changes was criticised by the general people and others for lacking consistency and other reasons.

Two years ago, the government had announced its plan to change the name and spelling of the towns/cities so that they phonetically sound like their names in Tamil.

Explained: Why Tamil Nadu Government Decided To Change Names Of Over 1,000 Places To Sound ‘Tamizh’

For instance, Dharmapuri will now be spelt Tharumapuri, Tuticorin as Thooththukkudi, Vellore as Veeloor, Tiruvarur as Thiruvaroor, textile town Coimbatore will be spelt as Koyambuththoor and there are many more like this.

In some places the letters 'dh' has been replaced with 'th' and in some, the original spelling has been retained.

A sum of Rs five lakh was allocated for the project.