Tamil Nadu: ‘Pattasu’ Goes Along With ‘Thanni’ As State-Run Alcohol Supplier Turns In A Record Profit During Diwali 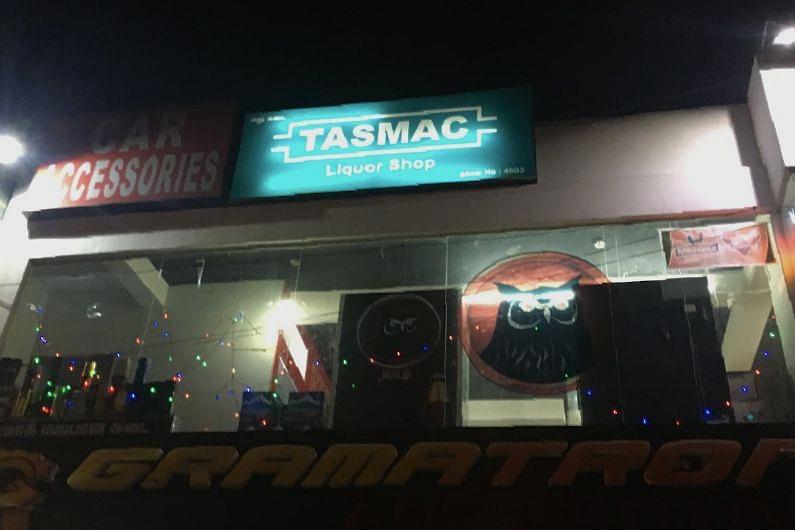 A TASMAC store in Chennai.

Diwali has always been celebrated with fervour in the state of Tamil Nadu, and the festival season has been particularly bountiful for the Tamil Nadu State Marketing Corporation (TASMAC) this year. According to sources in the TASMAC employees union, the state had consumed four times more alcohol than usual during the extended Diwali weekend, reports TNIE.

In a span of four days from Tuesday (6 November) to Saturday (10 November) the government-owned TASMAC reportedly sold over Rs 600-crore worth alcohol when the average on a regular day would be Rs 50-crore. An astonishing Rs 180-crore worth alcohol on the day of Diwali which was celebrated on Tuesday with the sources attributing it to the rising association of alcohol and festivals among the youth.

"Our country has a majority of youth, and they have started drinking on every festival. It has become a new culture regardless of gender," said a senior union leader, while, explaining that the demand for Indian Made Foreign Liquor has gradually increased with the arrival of the elitist TASMAC customer.

Sources also add that there is an increased preference for hard drinks such as whiskey compared to beverages like beer which still contributes a significant chunk of the profits earned by them. TASMAC presently operates 3,886 outlets in the state with 1,456 attached bars.