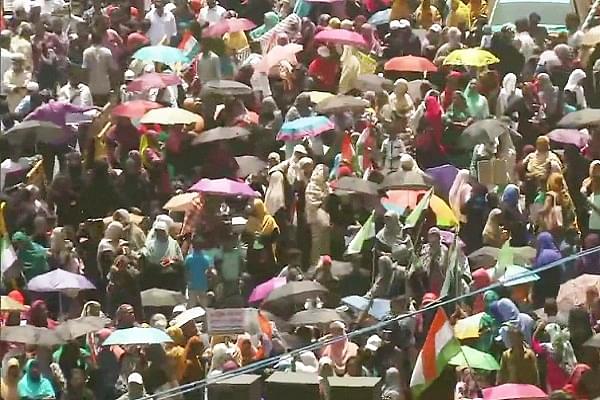 Members belonging to Islamic group Tamil Nadu Thowheed Jamath have decided to continue their protest against the Citizenship Amendment Act (CAA), NRC and NPR despite the ongoing coronavirus pandemic, ANI has reported.

A video of the protest outside the Madras High Court was also shared by the news agency.

Tamil Nadu Thowheed Jamath shot into limelight after the ghastly Easter bombing were carried out by National Thowheed Jamath (NTJ) in Sri Lanka. The former has denied any links to the latter, a claim that has been questioned.

NTJ had splintered from another group based in the island nation, Sri Lanka Towheed Jamath (SLTJ). The SLTJ was allegedly "influenced by the Tamil Nadu Thawheed Jamaath an extremist organisation based in India".

Tamil Nadu based organisation’s purported goal is to spread Islam in its true form. The organisation has been accused of taking Saudi funding to spread Wahhabi ideology.

Incidentally, the anti-CAA protesters at Shaheen Bagh too have refused to halt or shift their agitation despite requests by the cops.