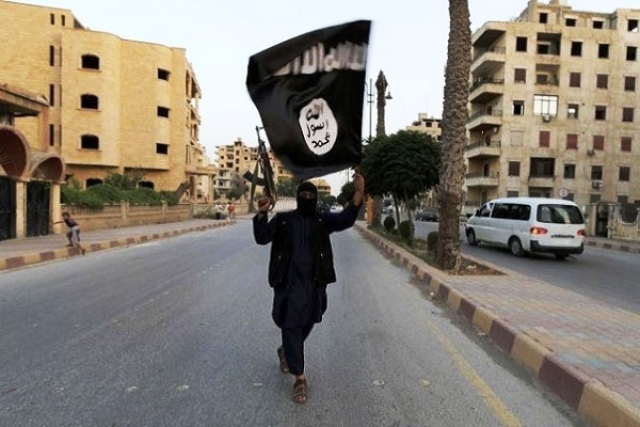 Tamil Nadu tops the list of Indian states where anti-terror agencies have unearthed modules of Salafi jihadi terrorist organization Islamic State (IS) over a period of five years since 2014.

Most of the modules were groupings of self-grown IS sympathisers, but the common link among all was that they were being handled by foreign-based propagators of the terror group and its 'Caliphate', which commanded a territory nearly as large as the UK at some point in 2015, spanning the geographies of both Iraq and Syria.

The National Investigation Agency (NIA) has claimed to have arrested 127 IS sympathisers from across India since 2014 and the highest number of 33 were from Tamil Nadu.

The 127 IS sympathisers were arrested during probes in 28 cases registered by the NIA.

Uttar Pradesh was on second position from where 19 IS sympathisers were arrested, followed by 17 from Kerala, 14 from Telangana, 12 from Maharashtra, eight from Karnataka, seven from Delhi, four each from Uttarakhand and West Bengal and three from Jammu and Kashmir.

The NIA arrested two persons each from Rajasthan and Gujarat and one each from Bihar and Madhya Pradesh.

The anti-terror agency said it got inputs about IS presence for the first time in 2014 and registered its first 'jihadi' terrorism case related to the designated terror group on November 28 in that year, naming Areeb Ejaz, Saheem, Fahad and Aman, all in the age group of 20 and 27 years.

The youth left for Iraq on May 25, 2014 to join the banned terrorist organisation and participate in the outfit's 'war' against Asiatic powers having alliance with India and commit terrorist acts in this country.

The youth got attracted towards the ideology of the terror group because of the influence of its leader Abu Bakr al-Baghdadi.

NIA investigations have revealed that the Internet was being systematically exploited by the IS sympathisers for terrorist purposes and that the international organisation has used the tool in a very organised way for its every terror-related activity like radicalisation, training, recruitment, planning and execution.

All the 127 arrested sympathizers have revealed that they would listen to speeches and watch videos of Islamic preachers based in India and abroad.

Majority of them disclosed that they would watch videos of fugitive televangelist and Islamic preacher Zakir Naik, the founder of Islamic Research Foundation.

Mumbai-based Naik is wanted by authorities here for alleged money laundering and inciting extremism through hate speeches and has taken shelter in Malaysia.

His name figured during the investigations into a terror attack in Dhaka in July 2016 that killed many. One of the arrested attackers confessed that he was influenced by Naik's preachings, following which he fled India.

In three IS cases related to Tamil Nadu and Kerala, an NIA officer said it has come to light that the arrested persons were radicalised after listening to the audio and video messages of Zahran Hasim, the mastermind of the April 21 Easter Sunday bombings in Sri Lanka this year that claimed over 250 lives.

"The module tried to conduct lone wolf attack or a united effort for the purpose. Many of arrested accused accepted that Hasim's videos available on the net was the reason behind their radicalisation," the officer said.

The NIA registered a case in Tamil Nadu on October 30, 2018 after it found that a group of seven people from different parts of the state formed a terrorist gang with allegiance to the IS and had entered into a criminal conspiracy to kill some Hindu leaders of Coimbatore, thereby threatening the communal harmony besides the security and sovereignty of India.

The agency on May 30 this year registered a fresh case against Muhammed Azharuddin, a resident of Coimbatore, on charges that he along with his associates were propagating the ideology of the IS and recruiting vulnerable youth with a view to carry out terrorist attacks in South India especially in Kerala and Tamil Nadu.