Telangana: Man Dies Of Asthma Attack On The Road After No-One Helps Him In Fear Of Covid-19 Infection 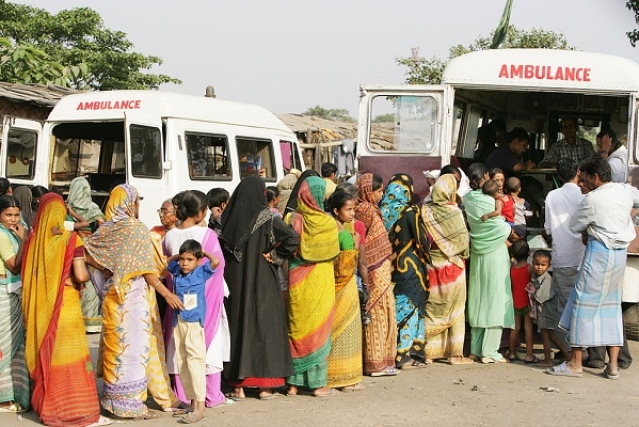 In a shocking incident, a man suffering from asthma died by the roadside in Telangana after no one came forward to take him to hospital and even ambulance staff did not come to rescue suspecting him to be a Covid-19 patient.

The 52-year-old man, who continued begging to people around him to shift him to hospital, breathed his last before medical personnel in Personal Protection Equipment (PPE) kits could arrive on the spot.

The ghastly incident occurred in Chengunta in Medak district of Telangana on Thursday and heart wrenching moments before the man's death were captured on camera.

A woman who recorded the video on her mobile phone kept asking questions to the man, who was lying on the ground next to a tree with his bag under his head.

The man was heard telling the people around him that he was a resident of Secunderabad and had come for some work. As he felt sick during the bus journey, he got down en-route at Chegunta.

"I informed my family but never thought it will become serious," he said while panting for breath. He even gave the mobile number of his wife.

However, all those present there, including policemen did nothing to shift him to a hospital. The police had requested for an ambulance, which arrived after an hour. Even the ambulance staff was reluctant to shift the man as they had no PPE kits and they suspected him to be a Covid-19 patient.

The police then called another ambulance meant for shifting Covid-19 patients but by the time it reached the spot, the man had breathed his last.

"Our inquiries revealed that he fell sick while returning to Secunderabad from Kamareddy and requested the bus driver to drop him at Chegunta. He tried to walk towards the hospital but collapsed on the way," a police officer said.

The police informed the family members and got the body shifted to Hyderabad.

Though Srinivas' family has not lodged a complaint with police, his wife and son lamented the "loss of humanity" among people at large.

"Instead of shifting him to the hospital which was not far from the place where he was lying, people were asking questions. If somebody had shifted him to hospital, his life could have been saved," his son said.

The deceased's wife said he was asthmatic but forgot to keep medicines with him during the journey. She said they had started from their home in a cab for Chegunta after receiving his call but by the time they reached there he had passed away.

"If only those who had gathered around my husband had shifted him to hospital he would have been alive," she said lamenting that humanity is dead.