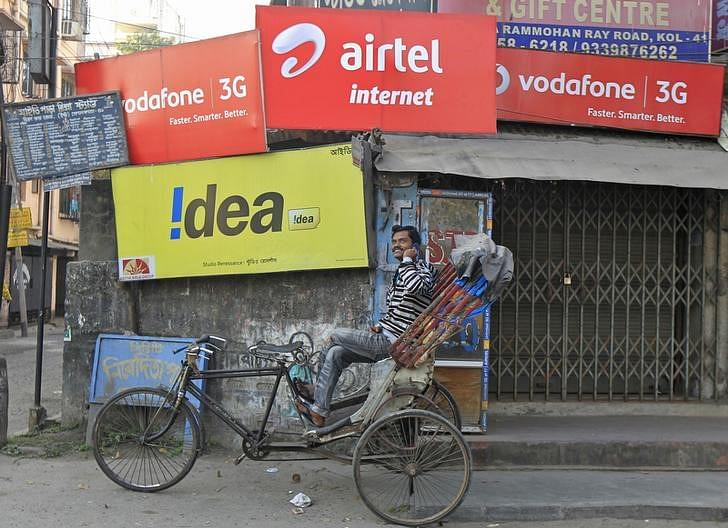 Advertisements for Vodafone, Idea, and Airtel

BSE Telecom index fell 3.5 per cent during the early trade on Tuesday (26 November) after a government official was reported saying that the Committee of Secretaries (CoS) formed to suggest relief measure for struggling telcos, has been disbanded.

Dissolving the CoS would mean that any further relief for the telecom industry may only come from the court in the adjusted gross revenue (AGR) case and the two-year moratorium would be all the government is ready to offer at this point.

Fitch Rating had earlier said that the decision by all three private Indian telecommunication companies to raise tariffs from December 2019 and a two-year moratorium on payment of spectrum dues are positive for the industry but these "are unlikely to be sufficient to offset the impact of a recent Supreme Court judgement for incumbents Bharti Airtel and Vodafone Idea Ltd".

The rating agency further said that its outlook on the telecom sector was negative for 2020 primarily due to heightened financial risk associated with the large unpaid AGR-related dues.