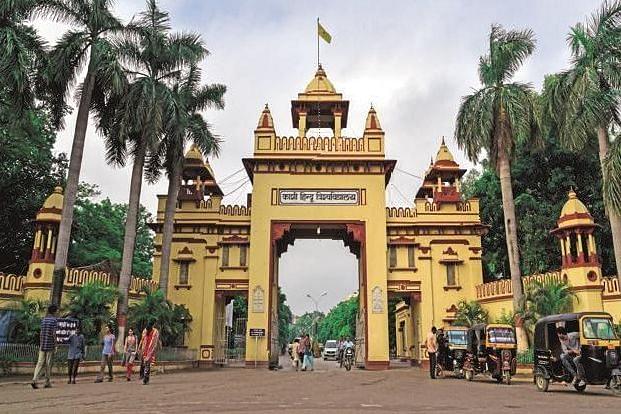 Tension prevailed on the campus of the Banaras Hindu University (BHU) on Tuesday (19 November) after a photograph of nationalist leader Veer Savarkar was defaced.

The incident took place in the political science department where photographs of several nationalist leaders, including Mahatma Gandhi and B R Ambedkar, adorn the walls.

The incident came to light on Tuesday (19 November) morning when students of MA first year reached their classroom and saw the photograph of Savarkar lying on the ground.

The miscreants had also splashed ink on the photograph.

Angry students immediately sat on a 'dharna'. Senior BHU officials have condemned the incident and have set up a three-member committee to probe the incident.

A heavy deployment of police has been made on the campus to prevent fallout of the incident.