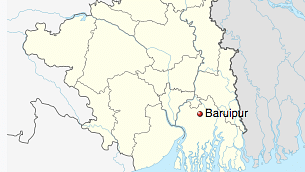 The death of a 16-year-old girl who committed suicide last week after allegedly being gangraped by men of Bangladeshi origin, at Baruipur, a suburb of Kolkata in South 24 Parganas district, has sparked tension in the area.

According to a report in The Telegraph, two men -- Sheikh Lalchand and Sheikh Imran -- were arrested on Sunday (8 July) and a hunt is on for the other accused. The crime and the suicide has sparked intense anger among the locals.

The mother of the girl, a Class XI student who used to excel in her studies, alleged that her daughter was lured into the house of one of the accused and gangraped by Sheikh Imran and his friends last Tuesday (3 July). The crime was pre-planned. The girl was allowed to return home after being warned of dire consequences if she reported her rape. But some neighbours reportedly got to know of the incident and unable to bear the stigma, the girl set herself on fire on Thursday. She succumbed to her injuries on Sunday.

Locals say police acted only after the girl committed suicide, five days after the crime, giving the rapists enough time to flee. The two accused were arrested from a hideout and the police are on the lookout for at least two others. Locals say that Imran and his friends are notorious criminals in the area and have been known to tease and stalk women. Imran, they say, is a illegal immigrant from Bangladesh and has been helping many others from the neighbouring country to settle in the area. Imran is reportedly close to some local politicians and allegedly uses his influence to get documents like ration cards, PAN cards and Aadhar cards for the illegal Bangladeshi immigrants.

Baruipur was once a sleepy semi-urban area adjoining Kolkata, but has turned into a bustling township. Locals, however, say that a huge number of illegal immigrants from Bangladesh have settled in the area leading to a sharp rise in crimes in the area, say the locals, who also allege that the Bangladeshis target their womenfolk.