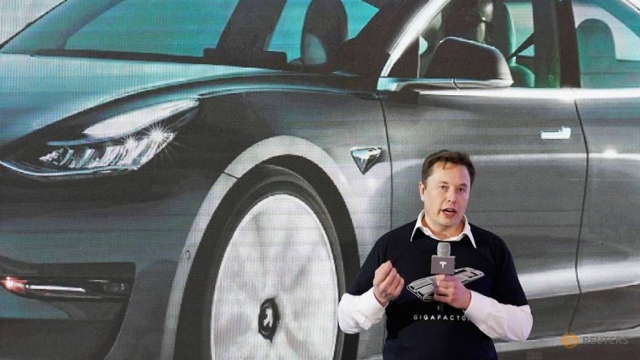 Tesla CEO Elon Musk laid out an ambitious plan to propel his company as the world’s largest auto maker by building a $25,000 electric car through a new and improve battery design.

Musk said that the battery and manufacturing advances Tesla is working on will soon result in drastically reduced prices. “About 3 years from now, we’re confident we can make a very compelling $25,000 electric vehicle that’s also fully autonomous,” the flamboyant CEO claimed.

Musk said that his company plans to scale up annual production of 20 million vehicles, or almost twice as many as Volkswagen AG sold in 2019 as the world’s bestselling individual auto company. Tesla sold just 367,500 vehicles last year.

Musk predicted a 30-40 percent growth for his company this year. “In 2019, we had 50% growth. And I think we’ll do really pretty well in 2020, probably somewhere between 30 to 40 percent growth, despite a lot of very difficult circumstances.” he said.

Musk laid out his plan for an affordable electric vehicle. “One of the things that troubles me the most is that we don’t yet have a truly affordable car, and that is something that we will make in the future,” Musk said. “But in order to do that, we’ve got to get the cost of batteries down.” he added.

During the much publicised ‘Battery Day’ event, Tesla revealed that it has designed and is producing its own battery cells at a facility in Fremont, as part of its quest to make its cars affordable to a mainstream buyer.

Tesla unveiled its new battery cell, now known as the 4680. The company claimed that it will offers six times the power of Tesla’s previous cells, and five times the energy capacity. The new cell is 46mm by 80mm, giving it its name: the Tesla 4680 battery cell. The automaker also said that new cell form factory they would increase range by 16%.

Tesla’s senior vice president of powertrain and energy engineering, Drew Baglino, said that “4680,” are larger and simpler to make than the “2470″ cylindrical battery cells it purchases from Panasonic and other suppliers today.