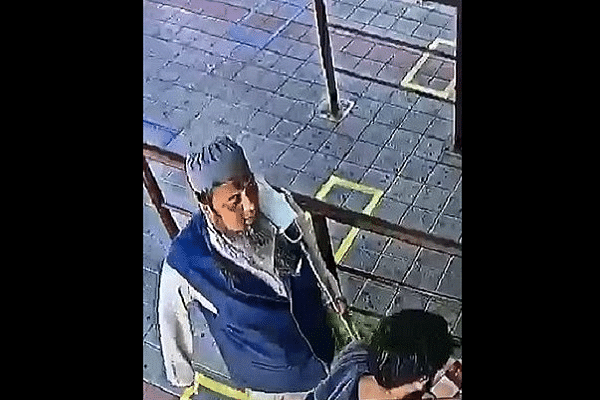 A man in Thailand who was caught on camera spitting on another individual while queuing to buy a rail ticket, died during the train journey, Daily Mail has reported.

A CCTV footage has shown the man identified as Anan Sahoh walking up and spitting on the face of another man.

Man with coronavirus spits on another person, takes the train and dies, Thailand

The 56-year-old man was found dead in front of the train restroom, and tests of his corpse revealed that he had COVID-19. pic.twitter.com/ZvWkex3AGj

Soon after boarding a train, Sahoh began coughing and vomiting during the journey. The authorities took notice and advised him to get down mid-way but he insisted on commuting.

While his condition briefly improved, he eventually collapsed in front of a toilet and died.

Tests were subsequently performed on his body and he was found to be Covid-19 positive. Passengers from his coach were evacuated that the whole unit was sanitised by health officials. Eleven have already been quarantined.

During their investigation, the authorities stumbled upon the CCTV footage of him spitting on another man and they are now scrambling to track down the latter.

Sahao had recently returned from Pakistan and was deemed “fit to fly” on the international journey. He also reportedly cleared thermal screening at the airport.