The Paedophilic Pakistani: A ‘Major’ Problem In UK, Admits Home Secretary Sajid Javid, In Bid To Prove His Bonafides 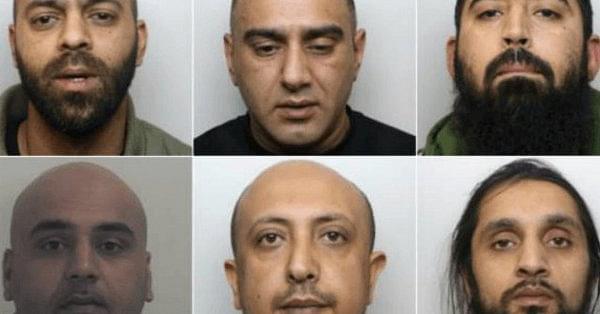 A majority of paedophiles in the UK are of Pakistani origin, and ignoring the ethnicity of abusers gives "oxygen" to extremists, British Home Secretary Sajid Javid has told BBC Radio 4.

"When it comes to gang-based child exploitation, it is self-evident to anyone who cares to look that if you look at all the recent high-profile cases, there is a high proportion of men that have Pakistani origin," Javid said. Javid himself is of Pakistani descent.

Javid also said that there could be some cultural reasons for men from these communities that leads them to a certain kind of behaviour.

Javid also added that, "When I'm asking my officials to go away and do research to look into the causes of gang-based child exploitation, then I want them to leave no stone unturned and to look at everything. For me to rule something out just because it would be considered sensitive would be wrong. If I had ignored it, or been seen to ignore it, that is exactly what I think extremists would like to see in this country. It would give them oxygen and I refuse to do that," he said

Javid came under heavy criticism after he posted a tweet in October about “sick Asian paedophiles” in a Huddersfield gang. Javid defended his tweet during the interview saying: “I’m very much aware of the need for politicians to be careful with language as well as what they do. But when it comes to gang-based child exploitation, it is self-evident to anyone who cares to look that at all the recent high-profile cases show a high proportion of men that are of Pakistani origin.”

When queried about the decision to strip some child sex abuse offenders with dual citizenship of their British nationality and deport them to Pakistan, Javid said there was a "very high bar" on such decisions, which were usually only taken in cases of terrorism.

Earlier in August, three men convicted of grooming girls for sex were ordered to be deported to Pakistan after an appeals court upheld a government decision to strip them of British citizenship.

Abdul Aziz, Adil Khan and Qari Abdul Rauf were among nine men of Pakistani and Afghan descent convicted of luring girls as young as 13 into sexual encounters using alcohol and drugs. They were based in Rochdale, northern England.