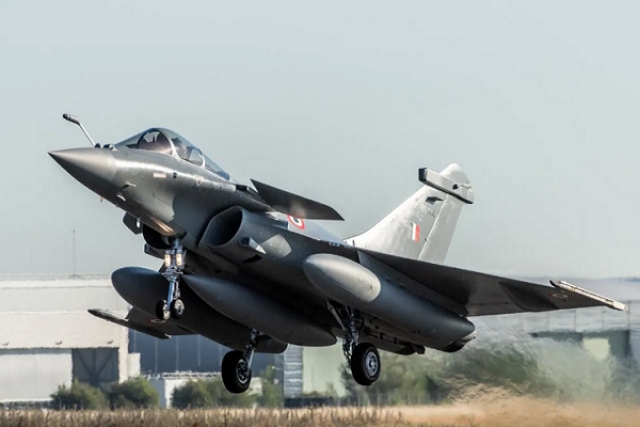 The first five Rafale jets landed at the Ambala Air Force base in Haryana at around 3.13 PM on Monday (29 July). The Indian Air Force Chief RKS Bhadauria is present at the base to welcome the fighter jets.

The Birds have landed safely in Ambala.

The touch down of Rafale combat aircrafts in India marks the beginning of a new era in our Military History.

These multirole aircrafts will revolutionise the capabilities of the @IAF_MCC.

"The Birds have landed safely in Ambala. The touch down of Rafale combat aircraft in India marks the beginning of a new era in our military history. These multirole aircraft will revolutionise the capabilities of the Indian Air Force", tweeted Defence Minister Rajnath Singh.

The fighter jets will be accorded a water salute prior to their induction into the iconic Golden Arrows squadron squadron which was specifically revived for the Rafale Fighter Jets.

A formal induction ceremony is expected to be conducted sometime next month.

The squadron of 18 Rafale fighter jets will be located at the Ambala Air Force base to provide a strategic edge to India over its enemies. The strategic Air Force Base is almost equidistant from the Line of Actual Control and the Pakistani border.

It was reported earlier that the Indian Navy warship INS Kolkata had welcomed the fighter jets as they entered the Indian Ocean Region. The fighter jets had halted at the Al Dhafra air force base in UAE after setting off from France on Monday (29 July).

The IAF will now push to operationalise these omnirole fighter jets as soon as possible. Their induction comes at a time when India has been locked in a standoff with a belligerent China along the Line of Actual Control (LAC)