Their Families Will Not Be Spared: Bengal Imam Association To Muslim Allies Of BJP, RSS After Bhoomi Pujan 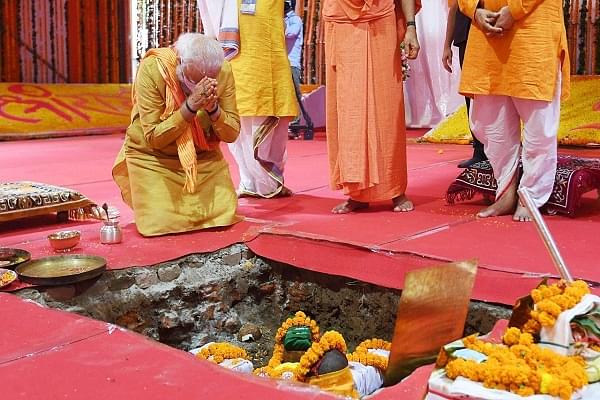 The Bengal Imam Association in a statement issued on Friday (7 August) issued a threat to Muslim allies of the BJP and RSS that their families will not be spared in the coming days if they do not "rectify their mistakes", Indian Express has reported.

The association in its statement also opposed the Ram Mandir's Bhoomi Pujan and said that those supporting it are anti-Islam.

"Recently, the foundation stone was laid to construct a temple on a site that once hosted a mosque. So, it is clear that BJP and RSS are not friends of Muslims. A Muslim will not remain a Muslim if he remains with someone who is against Islam. Muslims who are members of RSS, VHP and its affiliated organisations need to think about their positions. They have to decide whether they want to remain with the BJP-RSS combine or rectify their mistakes. They must remember that in the days to come their families will not be spared", said the statement.

Incidentally this statement by the Bengal Imam Association has come in the light of Sajid Rashidi the president of All India Imam Association saying that a mosque will always be a mosque and a temple now maybe demolished to build one.

The All India Muslim Personal Law Board (AIMPLB) also said that the Babri Masjid was and shall always remain a mosque, and cast aspersions on the Supreme Court's unanimous verdict.