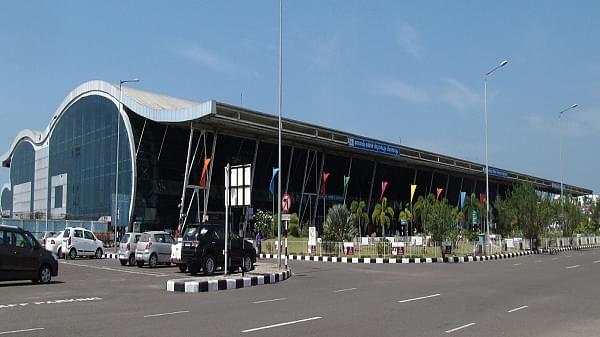 A view of Terminal 2 Thiruvananthapuram International Airport. (Pic by Muhammed Suhail via Wikipedia)

Airport employees are up in arms against the Ministry of Civil Aviation’s (MoCA) decision to privatise Thiruvananthapuram International Airport, with the Airport Authority Employees’ Union (AAEU) threatening to challenge the move in the High Court if their demand against privatisation is not addressed, reports The New Indian Express.

The state government has also established a ‘special-purpose vehicle’ to keep the airport within the public sector. The union’s representatives have also met with the Union Minister of State for Civil Aviation Jayant Sinha to pitch their request for the airport’s name to be removed from the list of airports that are on offer to private players.

Sinha dismissed the demand, stating that a final decision had already been taken by the union cabinet.

Secretary of AAEU Trivandrum stated that the union has filed a complaint before the Central Labour Commissioner, who will hold a meeting on 7 January in New Delhi to discuss the matter. He added that if no compromise is reached at the meeting, then the union will proceed to the high court.

There have also been concerns from some quarters about Kerala based companies being effectively ruled out from participating in the bidding process. An aviation expert Jacob K Philip stated that the pre-qualification criteria requires the bidding companies to at least have a net worth of Rs 1,000 crore and to also have a cumulative revenue of Rs 3,500 crore over the last seven years.