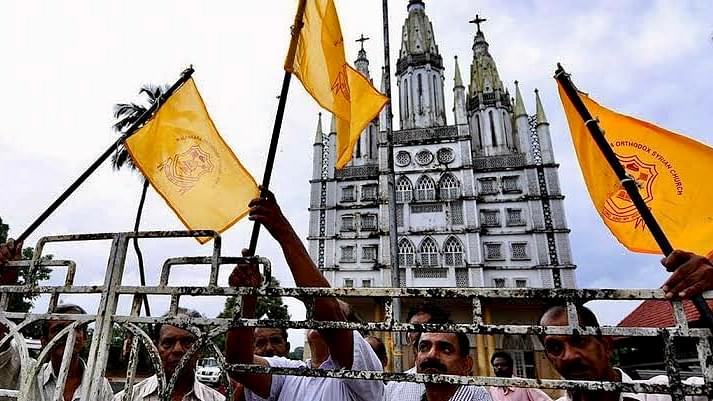 The controversial St Mary’s Jacobite Syrian church in Piravom witnessed high-tension as police entered the premises to implement a Supreme Court order that permitted the Orthodox church to take control over a Jacobite church, Madhyamam reported.

The apex court had on 3 July 2017 ordered 1,100 parishes and their churches under the Malankara Church to be controlled by the Orthodox faction, according to the 1934 Malankara Church guidelines.

The Jacobite faction reportedly entered the church and members locked themselves up to prevent the police from entering the church. Many, including women and children atop the church, threatened to jump, if police handed over control of the church to Orthodox faction.

The Jacobites, however, have claimed that around 2,500-3,000 families of their faction belong to the Piravom Church, and are much more significant a number than that of the Orthodox.

They also claim that the Orthodox faction has built another church just one kilometre away from the Piravom Church, and handing over the Jacobite church would leave the Jacobite families without a church.

The police tried to enter the church, but had to abort their attempt amidst the suicide threats. Meanwhile, the Orthodox section slammed the police and alleged that their retreat was in support of the Jacobite community.