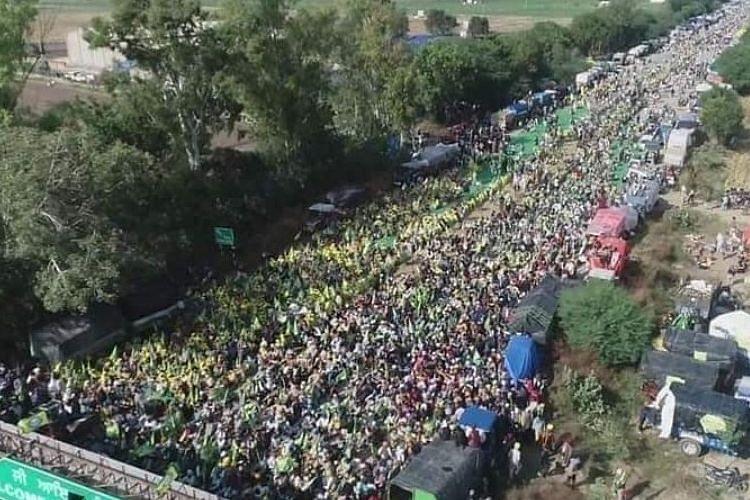 In the chaos at Delhi border owing to farmer protests, it is the common man who is affected.

Three months into the farmers’ protests, the agitation continues to disrupt public movement across the national capital. Several border points of New Delhi with Haryana and Uttar Pradesh were shut down completely or partially for traffic movement on Wednesday, Hindustan Times reports.

People going from the capital to UP can’t access the Ghazipur border. Instead, the traffic police have suggested the travelers to use the routes that pass through DND, Loni DND, Anand Vihar Apsara borders. They can take commute through the Chilla border, which was cleared of the agitators post the violence that took place on Republic Day.

Moreover, multiple entry and departure points between Delhi and Haryana such as Saboli, Mangesh, Auchandi, Piau Manyari along with Singhu and Tikri are still closed down.

Rather, people moving between the neighbouring states have been recommended to use substitute routes such as Palla, Lampur Safiabad and also the Singhu school toll tax borders or other paths that run through Faridabad and Gurgaon to reach their destinations. As of now, traffic has been deflected from places such as the Grant Trunk Road and Mukarba.

Meanwhile, a solution for the deadlock between the government and the agitating farmers and middlemen regarding the three farm laws is yet to be found. Union Home Minister Amit Shah, Union Home Minister Narendra Singh Tomar along with BJP chief JP Nadda held a crucial meeting with party MPs and MLAs from Haryana, western Uttar Pradesh and Rajasthan on Tuesday.

The party's top-brass urged the party leaders to reach out to the protesting farmers in their areas to apprise them of the benefits of the farm laws and subsequently find a way to solve this impasse.