Throwback To Arjun Singh Days: Why Javadekar Is Batting For Faculty Quota In IIMs 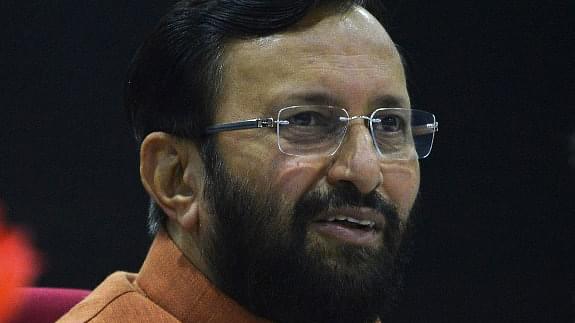 The Union Human Resource Development (HRD) Minister, Prakash Javadekar met with heads of 19 Indian Institutes of Management on Tuesday. Livemint reports that the minister told the IIMs they need to implement the SC/ST and OBC quota in faculty positions. IIMs are in no mood to relent. They have bravely resisted earlier such attempts by the UPA government.

Arjun Singh-led HRD ministry had in 2008 order directed all the IIMs (Indian Institute of Management) and IITs (Indian Institutes of Technology) to implement reservations for the Scheduled Castes, Scheduled Tribes (SCs/STs) and the OBCs with immediate effect. The order had also stated that “reservation of 15 percent, 7 percent and 27 percent for SCs, STs and OBCs shall apply in full, including for the post of associate professors and professors.

The OBC reservation (at all levels of teaching positions) is currently implemented in premier institutions such as the All India Institute of Medical Sciences, and many central universities among others. While IITs initially registered a strong protest, they eventually toed the government line. But IIMs continued to be defiant and do not follow quota for faculty positions.

Exemptions are allowed to be made to the reservation policy only for certain scientific and technical positions and only after taking prior approval of the concerned ministry.

Given that that many centrally funded institutions already follow the faculty quota policy while many others haven’t, it is likely to open the field to an adverse judicial intervention. Those in favour of faculty quota also question how can the government-aided institutions have two different sets of reservation policies?

The current minister’s suggestion for faculty quota is likely to cause serious consternation among the ruling party’s core supporters and also within the academic community . The timing of the move is quite inexplicable. Narendra Modi government has fast-tracked the setting up of the 20 world-class institutes by creating a separate regulatory framework that allows them to function independent and autonomous of University Grants Commission (UGC). It also rolled back the controversial provisions in the IIM Bill that some critics alleged threatened to erode the autonomy of the IIMs. But on the other hand, its minister is asking them to hire half of their faculty based on caste and not merit.

Any throwback to the days of Arjun Singh will be a major setback to the aspirations of ushering in any semblance of meritocracy in Indian higher education.