Time To Buckle Up? After A Decade, India To Participate In PISA – Programme For International Student Assessment 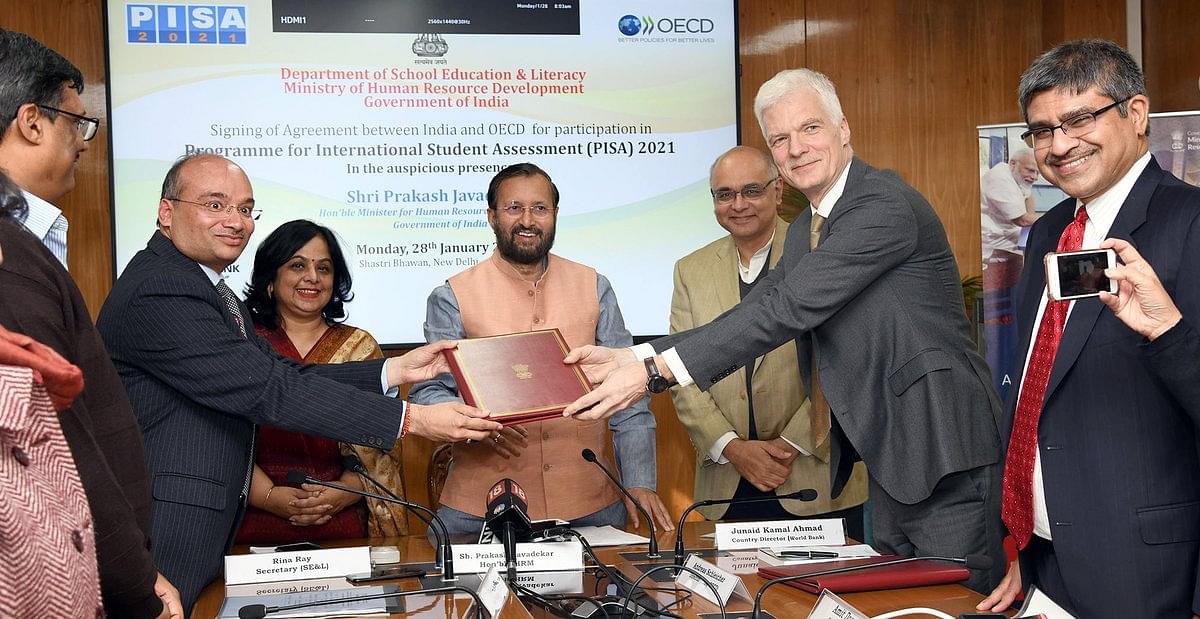 India is all set to rejoin the Programme for International Student Assessment (PISA) in 2021 with the Ministry of Human Resource Development (MHRD) signing an agreement with the Organisation for Economic Cooperation Development (OECD) today (28 January).

PISA is an educational outcome measurement systems that tests the performance of 15-year-old school pupils' scholastic aptitude in mathematics, science, and reading. It then ranks the participating countries. The two-hour computer-based test conducted once in three years is to be taken students who have completed at least six years of formal school education.

The agreement was signed in the presence of Union Minister for HRD, Shri Prakash Javadekar in New Delhi.

To improve quality of education emphasis is being laid on learning outcomes and discourage rote learning. We have already conducted national assessment survey and in 2021 India will participate in International Survey called #PISA (Programme for International Student Assessment) pic.twitter.com/BbxQ1UEI6B

India had last participated in the exercise in 2009, where the country achieved a low rank of 72 among 74 participating nations. The MHRD under the then United Progressive Alliance (UPA) government had withdrawn from the test and dubbed the questions in the test as “out of context”.

The mathematics section, however, has been heavily dominated by other Asian countries, with the top seven ranks all being bagged by Asian nations in the 2015 examination. The first rank was bagged by Singapore.

However, the MHRD under Javadekar had shown interest in re-entering the exam.

“If 80 countries can participate in PISA, including China and Vietnam, then there is no reason why children in India cannot appear for it. We went through the question papers, we asked a couple of children and they loved it because the questions are competency-based and do not require any memorisation,” the Secretary (Department of School and Literacy), MHRD had said.

It had been earlier reported that India would be applying to the 2021 edition of PISA with students from Kendriya Vidyalayas, Navodaya Vidyalayas, private and public schools of Chandigarh.