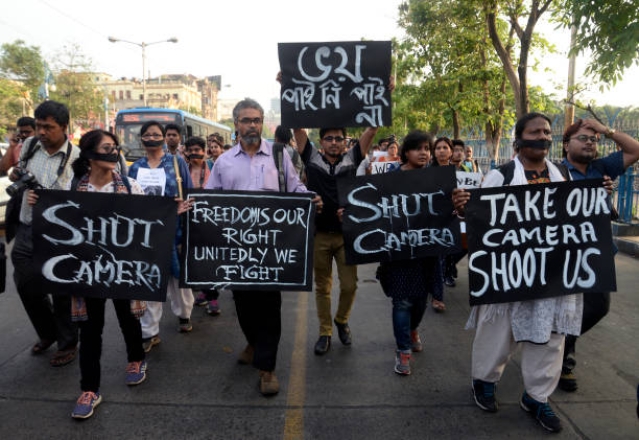 According to reports, the journalist was trying to take pictures of TMC goons capturing the South 24-Parganas district magistrate’s office in Kolkata to hinder the panchayat polls nominations process. Several other journalists present in the area were beaten up TMC hooligans, the report says.

Interestingly, the incident took place near the headquarters of the State Police and a few hundred metres from the Chief Minister Mamata Banerjee’s residence.

According to journalists present in the area, members of the ruling party were manhandling candidates of opposition parties.

“Everyone, including the women staff of the office, were searched by them to prevent entry of the nomination papers by Opposition parties,” Mandal said. A huge police contingent was positioned a few hundred metres from the spot but they didn’t interfere, Mondal said.

Commenting on the incident, Banerjee came out in defence of party cadres and blamed a particular media house for ‘propaganda’ and protest.

"No such incident has taken place. This is being done deliberately by some quarter. A planned effort is on to influence the judiciary. It is the tactics of a particular media house," Banerjee told the Press Trust of India.