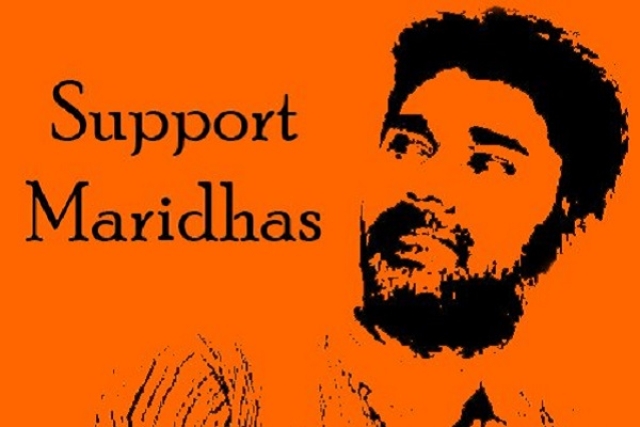 A graphic created by Maridhas’s supporters

Prominent Tamil Nadu activist Maridhas who has been instrumental in countering the propaganda in the state against Prime Minister Narendra Modi has come under an intense attack from the opposition DMK which is now filing cases against him in an attempt to muzzle his voice.

DMK’s organization secretary, R S Bharathi has called for criminal prosecution against Maridhas under Section 505(2) – publication of statements intended to create ill-will against a group of people, and for deletion of his Facebook page and YouTube channel under the Information Technology Act.

Maridhas has been particularly critical of various Tamil nationalist and separatist elements and uses facts and figures to counter the propaganda, has refused to back down in light of these threats.

He has also been backed by a large number of social media users who have expressed support for his actions and criticised the attempts to silence his voice.

The magnitude of support for Maridhas could be gauged by the fact that #ISupportMaridhas was for hours the number one trending topic on Twitter India. It is still the number 2 twitter trend in the country.

Here are a few tweets expressing support for the activists.

Itâs time we all support #Maridhas & stand for his Freedom of Speech & Expression. DMK can rebut his findings rather than threatening & going to police like juveniles!https://t.co/mYxSTuKEq4

Maridhas has been royally exposing the rot in his brilliant videos. the Dravidian, separatists groups are rattled. #ISupportMaridhas

The hashtag registered over 1 lakh tweets and in response Maridhas’s detractors began trending #MentalMaridhas. It is currently on the fifth spot of India’s twitter trends.