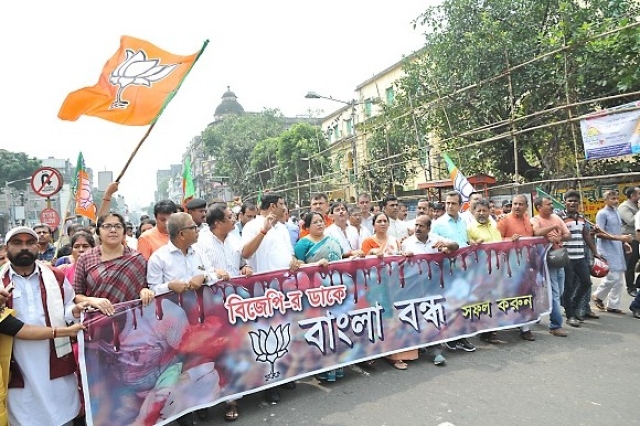 Political violence continues to persist in West Bengal even after election results have been announced. A Bharatiya Janata Party (BJP) worker, Santu Ghosh, who had switched to the party from the Trinamool just a few days ago, has been shot dead in the state’s Nadia district, reports ABP News.

Authorities have started an investigation into the matter. BJP has accused the Chief Minister Mamata Banerjee-led party of being behind the murder.

There have been dozens of cases of campaign and polling related violence in West Bengal in recent times, with BJP members particularly at the receiving end. In Purulia district, there were two separate incidents where BJP workers were found dead hanging from trees.

Just yesterday (24 May) BJP workers in West Bengal were roughed up and one party leader was also shot dead.

Yet, the Trinamool is facing a rising tide of BJP support in the state, with the saffron party bumping up its Lok Sabha tally to a massive 18 from West Bengal in these general elections. Banerjee is believed to have called for a meeting to review the results.