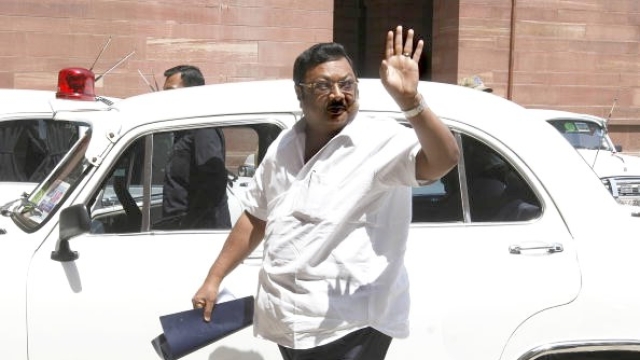 The Dravida Munnetra Kazhagam (DMK) seems to be heading for a crisis as post the death of its President and five times chief minister M Karunanidhi, its working President M K Stalin’s leadership is being challenged. The challenge for the party leadership is coming from within, with M K Alagiri, elder son of Karunanidhi and former Union Minister, telling the media this morning that true loyalists of the party are with him.

Alagiri, who is based in Madurai, visited Karunanidhi’s memorial this (13 August) morning and then said that growing dissatisfaction over the party affairs forced him to visit the place where his father has been interred on Marina beach. Economic Times quoted Alagiri as saying that the party’s true loyalists and supporters were with him. “Time will give answer to this. I came to my father (Karunanidhi’s grave) to express my dissatisfaction,” he said.

The comments of Alagiri, who was expelled in 2014 for anti-party activities as he attacked the party leadership, especially Stalin who has been the party working president from January 2017, come a day before the scheduled DMK working committee in Chennai Tuesday (14 August). Alagiri’s latest move, however, comes as no surprise to those who have been keeping a close watch on developments in the DMK.

The DMK has been unable to make much headway in Tamil Nadu despite the All India Anna Dravida Munnetra Kazhagam (AIADMK) being divided and weak. Interestingly, when Karunanidhi was interred at Marina beach after much controversy that was settled by the Madras High Court, the social media was agog with the imminent problem in the party.

“When Annadurai (DMK founder) was buried at Marina, DMK split. When M G Ramachandran (who broke from DMK to form AIADMK) was laid to rest at Marina, that party broke. When Jayalalithaa was buried on Marina and again the party broke. Now, Karunanidhi has been interred there!” read a social media message.