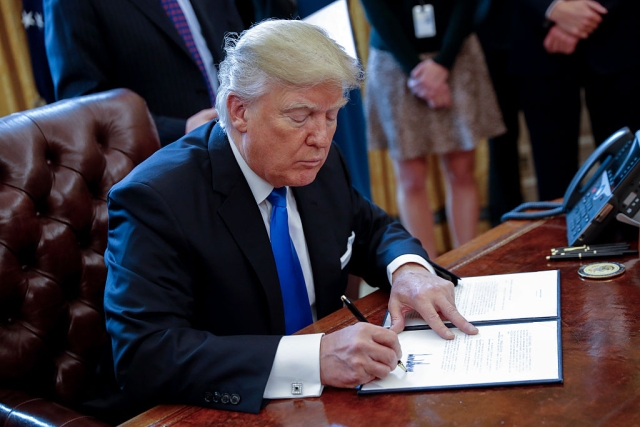 After failing to reach a deal with Democratic party controlled U.S. Congress for a fresh round of economic rescue and relief package, President Donald Trump signed four executive orders aimed at helping Americans cope with fallout of a pandemic-hit economy.

The executive orders will defer payroll tax, extend unemployment benefits of $400 per week, defer student loan repayments through the end of the year and provide protections against evictions.

The order signed by Mr. Trump authorises payment of jobless benefits at $400 a week with federal government funding 75% of the amount and states required to pay the rest. Under the earlier round of stimulus, $600 a week was paid as unemployment benefits but it expired at the end of July.

Trump also signed an executive order permitting businesses to defer the employee portion of payroll taxes through the end of the year for workers making up to $100,000 a year.

Trump also indicated that he was looking at cuts to income taxes for lower and middle-income individuals, as well as cuts capital gains taxes.

President Trump’s attempt to bypass Congress through executive actions is expect to trigger a legal challenges on boundaries of power that separate the White House and Capitol Hill.