Trump Signs Tariff Order On Steel And Aluminium, Says More In The Offing 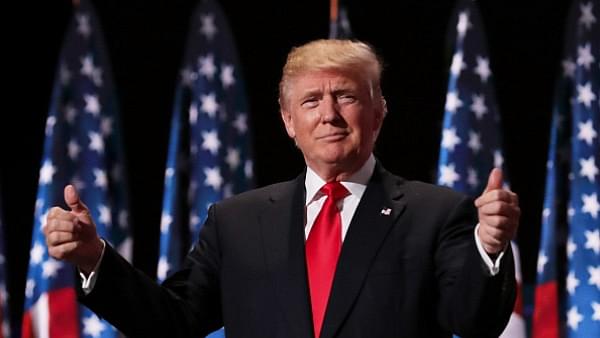 United States President Donald Trump has signed orders imposing a steep tariff on imported steel and aluminum . As per the new plan, the United States will levy a 25 per cent duty on steel imports and 10 per cent on aluminium.

Earlier this month, Trump had announced his intention to announce the tariff claiming that it needs to done to protect American national security. The decision comes after weeks of internal division within President' economic think-tank which pitted Trump's chief economic advisor Gary Cohn and treasury secretary Steve Mnuchin, both seen as strong proponents of  'free trade' policy against the duo of Trade Advisor Peter Navarro and US Commerce Secretary Wilbur Ross, seen as representing the 'economic nationalism' wing and are strongly battling for the imposition of the  tariff

The tariffs are likely to come in to effect within the next 15 to 30 days, and  is aimed at  providing protection to US industries  from foreign competition and give a big boost to their  production capacity. Estimates from the United States Department of Commerce say that if American steel and aluminum  industry can operate at 80 per cent of their capacity, it will surely turn viable.  According to the latest figures,  current capacity utilization is estimated at 72 per cent for steel and 39 per cent for aluminum.

When Trump had originally unveiled the blueprint of his new tariff plan, he had indicated that there would be no exceptions to any countries. However intense lobbying and pragmatic assessment of geopolitical realities have ensured that Canada and Mexico will be excluded from the scope of the tariff plan. However the exception has been linked to renegotiation of the North American Free Trade Agreement (NAFTA). During his presidential campaign, Trump repeatedly attacked the trade deal, once even calling NAFTA “the worst trade deal maybe ever signed anywhere, but certainly ever signed in this country”.

The president also indicated that exception will be made to Australia from the tariff policy. “We have a very close relationship with Australia, we have a trade surplus with Australia,” he said. “Great country, long-term partner. We’ll be doing something with them”.

The president also issued an veiled warning  there would be more tariffs in the offing. Calling it the “reciprocal taxes”, he said it will be aimed at imports from countries that charge higher duties on US goods than the US now charges on their products.