Trump To Recognise Jerusalem As Israel’s Capital, Move US Embassy Despite Warnings From Arab Countries 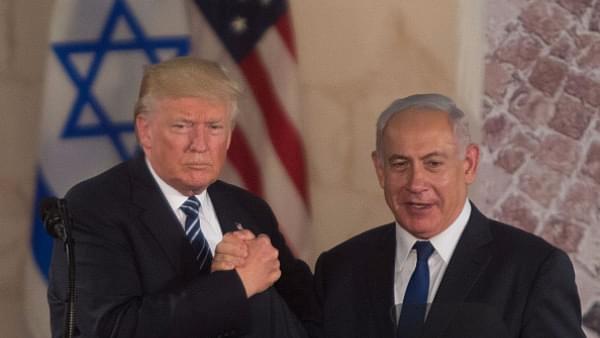 US President Donald Trump will recognise Jerusalem as the capital of Israel and will direct the State Department to initiate the process of moving the American embassy from Tel Aviv to Jerusalem, according to senior administration officials.

According to senior administration officials, Trump is expected to make the announcement along with his policy at about 1 pm (local time) on Wednesday (11.30 pm IST).

"The President would say that the US government recognises that Jerusalem is the capital of Israel. He views this as recognition of historic reality. Jerusalem has been capital of Jewish people since ancient times and modern reality that it has been the seat of government, important ministries, its legislature, the Supreme court," a senior administration official told reporters on the eve of Trump's much anticipated announcement on Jerusalem.

In his remarks, Trump will also direct the State Department to initiate the process of moving the US Embassy from Tel Aviv to Jerusalem.

Noting that finding appropriate land and construction of a new embassy would take at least a couple of years, officials said Trump would continue to give waiver as required by the Congress -- for not moving its diplomatic mission to Jerusalem.

In taking this action, another senior administration official said, Trump will fulfill a major campaign promise that has been made by a number of previous presidential candidates.

Such a move which is being opposed by the countries in the Middle East, is unlikely to have an impact on the two- state solution to the Israel-Palestine conflict, the official said.

"Trump remains committed to achieving a lasting peace agreement between the Palestinians and Israel, and is optimistic that peace can be achieved," the official said, adding that not recognising Jerusalem as capital of Israel has done nothing to achieve peace for more than two decades.

Trump, the official said, recognises that the specific boundaries of Israeli sovereignty are subject to final status negotiations.

Responding to questions, senior administration officials said the President believes that this would have no impact on the peace process.

He believes that the deal is within reach and can be achieved.

Earlier, Trump spoke over phone with a number of world leaders in the Middle East to share his decision on Jerusalem, the White House said.

"This announcement does not change US policy over these specific borders," the senior administration official said, while another official asserting that the President is not taking a decision that affects any of the boundaries and sovereignty.

Senator Ted Cruz described this as a "historical" announcement.

"I strongly encourage and would unequivocally support President Trump formally recognising Jerusalem as Israel's capital and beginning the important process of moving our embassy from Tel Aviv to Jerusalem," he said.

Meanwhile, Senator Bernie Sanders said he is extremely concerned by reports that Trump plans to recognise Jerusalem as the Israeli capital.

"There's a reason why all past US administrations have avoided making this move, and why leaders from all over the world, including a group of former Israeli ambassadors, have warned Trump against doing it. It would dramatically undermine the prospects for an Israeli-Palestinian peace agreement, and severely, perhaps irreparably, damage the US' ability to broker that peace," Sanders said.

"What the US should be doing now is bringing adversaries in the middle east together to seek common solutions, not exacerbating tensions in this highly volatile region," he said.

Shibley Telhami, Anwar Sadat professor for peace and development, University of Maryland told PBS newspaper that it is a historic development.

Meanwhile, the State Department warned US embassies around the world to prepare for possible protests and violence and banned travel by government employees and their families to Jerusalem's Old City and the West Bank. (PTI)