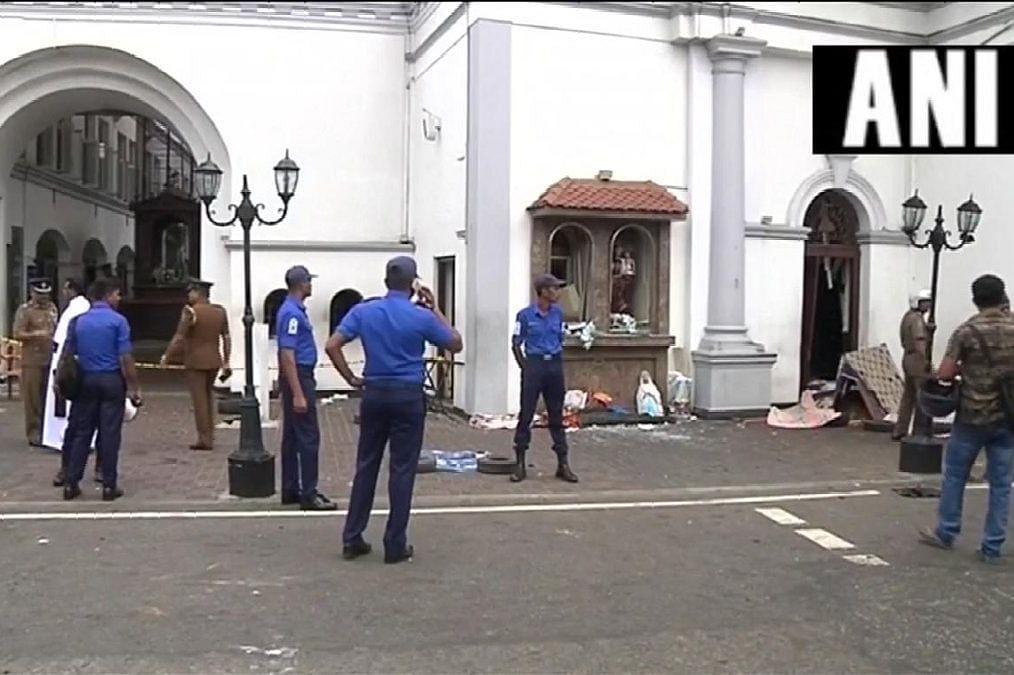 A streak of devastating bomb blasts rocked the Colombo, capital city of Sri Lanka with three blasts being reported out of 5-star hotels and three others from different churches which were especially crowded on the event of Easter Sunday, reports Economic Times.

At least 156 people, including 35 foreigners were killed while 500 others have been reportedly injured. The numbers have continued to climb since morning 8.45am when the blasts took place.

The attack on churches gains major significance given the Christian community constituting a minority of 7.6 per cent in the overall 22 million Sri Lankan population. Though, the true motive behind the attack remains a mystery given so far no individual or terrorist group has claimed responsibility for the shocking attacks, as of now, two suicide bombers have been identified as Zahran Hashim and Abu Mohammed.

According to the media reports, the first blast was reported from St Anthony's Church at Kochcikade in Colombo, second from St Sebastian's Church at Katuwapitiya in Negombo and third from another church in Batticaloa. The three five-star hotels from where the blasts were reported are Shangrila, the Cinnamon Grand and the Kingsbury.

As per a News18 report, at least 2 blasts were carried out by suicide bombers. Suicide bombers were behind the attack at Shangri La Hotel and Batticaloa Church. The suicide bombers has been identified as Zahran Hashim and Abu Mohammed, reports News18.

#NewsAlert â At least 2 blasts carried out by suicide bombers. Suicide bombers behind attact at Shangri La Hotel and Batticaloa Church. The suicide bombers has been identified as Zahran Hashim and Abu Mohammed. #SriLankaTerrorAttack | Details by @Zakka_Jacob pic.twitter.com/ZX8Vp2lCXT

Sri Lankan Prime Minister (PM) Ranil Wickremesinghe condemned the attacks while also holding an emergency meeting. As many as 200 troops have been deployed to assist the victims, common men and women and to carry out relief operations.

PM Wickremesinghe also appealed to the public to avoid propagating unverified news and speculations and that the Government was taking all necessary and immediate steps to contain the situation.