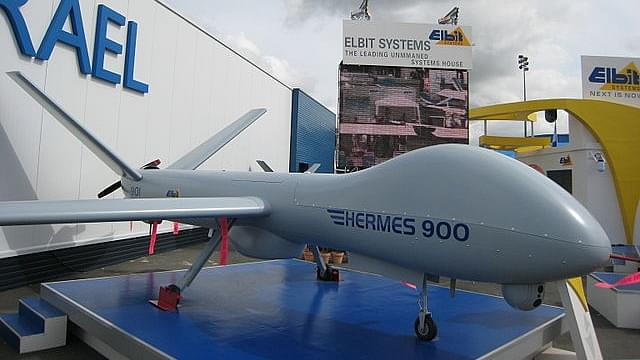 Hermes 900 [By I, Mirgolth | Wikimedia Commons]

Adani group which entered the defence manufacturing business in 2015 is looking to set foot in the global defence manufacturing arena with its first military facility set to become operational this month (October) in Hyderabad. The Hyderabad based facility will manufacture Unmanned Aerial Vehicles (UAVs) for the Israeli Armed Forces, The Economic Times has reported.

The Adani group, in order to manufacture UAVs and other products for military, is setting up a facility near the Hyderabad International airport. The facility will be spread across an area of 20 acres. The company has sent 40 engineers to Israel to train for operating the facility.

AESIL will manufacture entire fuselage of the Hermes 900 UAVs which will then be exported to Israel for installing sensors and other avionics.

The company is not limiting its Hyderabad facility to just UAVs, by next year it would upgrade it to facilitate manufacturing of high-end helicopter gears. The group is looking at India as a manufacturing hub for global orders.