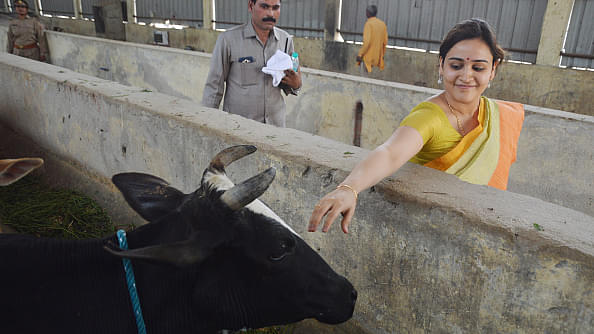 Aparna Yadav, the wife of Prateek Yadav who is the step-brother of former Uttar Pradesh chief minister Akhilesh Yadav, received around 86 per cent of the total grant given by Uttar Pradesh 'Goseva Ayog' to cow protection organisations.

86% of the fund by 'Gau Sewa Commission' was allotted to her (Aparna Yadav) organisation: Nutan Thakur, activist

In a report by The Times of India, according to the response to an RTI query posted by activist Nutan Thakur, Aparna Yadav’s ‘Jeev Ashraya’, an NGO, which runs the Kanha Upwan Goshala received Rs 8.35 crore out of the total grant of Rs 9.66 crore.

It was also revelead in the RTI query that the lease of land given to Aparna Yadav's organisation, initially for three years, was later extended to five years during the Samajwadi Party’s rule.