UP: Along With Varanasi, ‘Dev Deepawali’ To Be Celebrated In Lucknow By Lighting Up Lakhs Of Diyas On 12 November 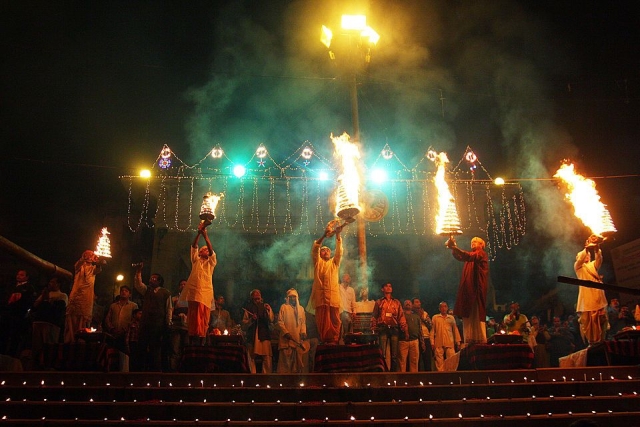 Lucknow will also celebrate "Dev Deepawali" on 12 November by lighting up over six lakh "diyas" (earthen lamps) on the banks of the Gomti River. The festival is traditionally celebrated in Varanasi.

Mahant Divyagiri of the Mankameshwar temple said that the traditional Gomti "Aarti" will be held from the 11 platforms of the river on the occasion.

"Of the six lakh diyas that will be lit, three lakh will be given by the devotees and the remaining number of diyas will be contributed by school children and college students. Every devotee will be asked to light up 25 diyas on the occasion," she said.

Divyagiri, however, said that the event was not for making any record.

"We are simply celebrating the Dev Deepawali by praying to the Gomti River," she added.

Dev deepawali will be celebrated at the Jhulelal Ghat and the Aarti will be performed at Kudia Ghat.

Meanwhile, Varanasi is getting ready to celebrate Dev Deepawali on 12 November when 21 lakh diyas will lighted up at the iconic ghats.

The entire stretch of all the 84 ghats -- Assi to Rajghat -- will be lit up by the diyas and lakhs of people, including domestic and foreign tourists, are expected to gather to catch a glimpse of the twinkling diyas and their reflection in the waters of the Ganga.

Kendriya Devdeepawali Maha Samiti, the organiser of the event, has started preparations for the event that is likely to be attended by Prime Minister Narendra Modi who also represents the Varanasi parliamentary constituency in the Lok Sabha.

Maha Samiti chairman Pandit Vagishdutt Mishra said, "Twenty-one lakh earthen lamps will be lit on the occasion of Dev Deepawali and each ghat will be illuminated."

Dev Deepawali marks Lord Shiva's victory over demon Tripurasur and is celebrated 15 days after Diwali. Therefore, the festival is also known by the name of Tripurotsav and is observed on the day of "Kartik Purnima" (the full moon day for the Hindus).