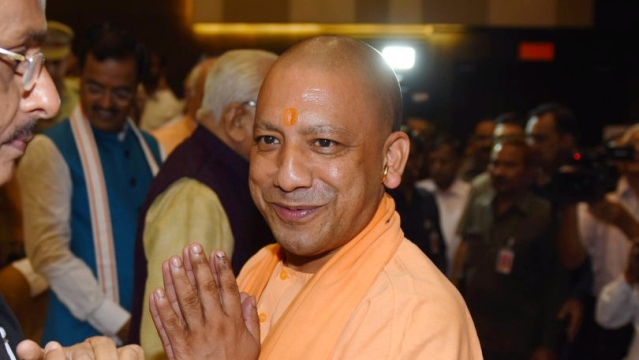 According to the report, the Chief Minister, who was at the site to inspect it before Prime Minister Narendra Modi’s visit, politely declined to wear the cap when mausoleum caretaker Khadim Hussain moved to place it on his head.

“Stop stop… it is done,” the Chief Minister said.

However, when the caretaker requested him to hold the cap in his hand while posing for a picture, the Chief Minister agreed.

“He was smiling while saying no to me,”Hussain was quoted as saying.

Adityanath, along with Prime Minister Narendra Modi, is in Maghar today for a rally of Bharatiya Janata Party. The rally comes on the occasion of the 500th death anniversary of the 15th-century saint and poet Kabir.

In Maghar, Modi offered a chadar at Kabir’s mausoleum and unveiled a plaque at the Sant Kabir cave to mark the laying of foundation stone of a research academy being set up to highlight the saint's teachings.